Morocco in the center of the Atlantic corridor with the EU, the Mediterranean and Africa 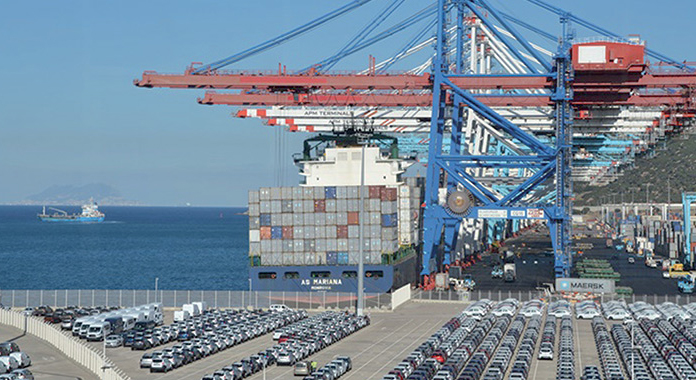 With its infrastructure, industrial dynamics and prospects for new alliances

Morocco would play a central role in the Atlantic corridor within a new EU-Africa-Mediterranean partnership. This positioning corresponds to it through the international infrastructure projects that it has been carrying out for several years and its express desire to accelerate co-development with its various partners at the African and European level. According to a "Policy Document" prepared by Tayeb Ghazi, economist at the Policy Center for the New South, in collaboration with the former Minister of Economy and Finance, Fathallah Oualalou (with the theme "The Atlantic corridor within an EU-Africa framework- Mediterranean partnership ”), a new Euro-Mediterranean-African partnership is needed.

“The renewal of the Euro-Mediterranean-African partnership must be part of a logic of co-development and co-production, because the issues of youth and civil society, employment, integration and economic transformation are of equal concern to both. A lever for renewal would be to put the Atlantic corridor at the service of an EU-Africa-Mediterranean partnership ”, explain the authors of this analysis. In the Europe-Africa Atlantic corridor, Morocco would play a central role. It must be said that it is more effective to bet on connectivity from a corridor perspective than from a national or segmented perspective.

Focused on the future of the continent, Morocco has been working for several years on a trade corridor between West Africa and Western Europe. The dynamic start-up can be seen "through its considerable efforts in terms of the simultaneous development of the transport infrastructure and the industrial base of Morocco", specifies this document, adding that the construction by the Kingdom of the railway line of high speed Al boraq and the construction of the new state-of-the-art Moroccan port Tanger Med are two things that have established Morocco's unrivaled position as an Africa-Europe trade corridor. It is a corridor that anchors the emerging trans-Mediterranean commercial connectivity of Morocco in the manufacturing value chains. To discuss these words, the authors of this analysis refer to the structuring projects carried out by Morocco. They mention Tanger Med, which is "a port of international stature."

This infrastructure, whose second phase was inaugurated in 2019, is part of a plan of the Moroccan Port Strategy 2030. “With a total capacity of 9 million twenty-foot equivalents (TEU), Tanger Med has become the largest port of the Mediterranean ”, specifies the same source. To these infrastructures of great importance is added another component, we will mention the Al boraq line, inaugurated on November 15, 2018, which connects more than 362 km Tangier, and its port, and Casablanca, the economic center, through new industrial poles . This completed project is part of the Moroccan Railway Plan 2040 that aims to maintain and improve the robustness of the existing network and strengthen the performance of the production tool taking into account the aspect of sustainable development. In addition to the perspective of establishing railway connection projects with new ports, this plan includes projects to extend the network through high-speed lines that connect the hubs to each other. It opts for the adoption of systems that allow speeds ranging between 220 and 320 km / h to ensure better project efficiency, indicates this Policy Paper. 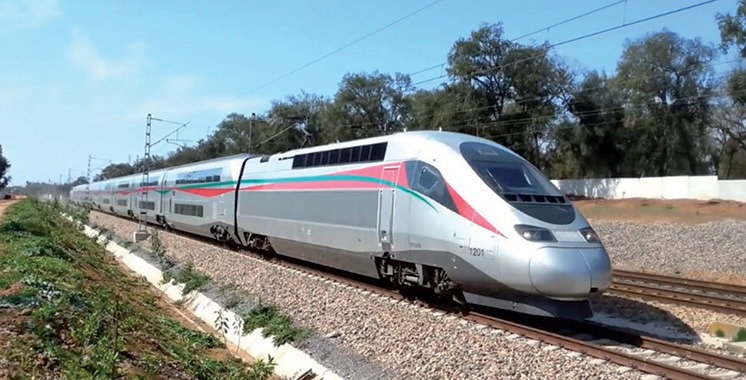 “With the installation of industrial units along this new component of the railway system (Al Boraq Line), Morocco has already begun to consolidate itself as a vehicle for land transport in an Africa-Europe industrial chain. The Renault Tanger Med plant is an edifying example of this corridor and value chain link, because it is based on a Europe-Africa partnership of co-production and co-investment ”, the authors of this analysis point out, giving the facility as an example. . of Groupe PSA in Kénitra. At this stage, the priority would also be the creation of a high-speed rail link between Tangier and Lagouira, reports the same source, adding that this will allow to have a high-speed commercial transport corridor between the coasts of the western Mediterranean. and the West African border.

The other promising project is that of the new port of Dakhla Atlantique, the construction of which requires an investment of 10 billion dirhams. This project responds to the logic of the corridor focused on transport infrastructure and industrial base. “In fact, the realization of the port of Dakhla Atlantique with the related connectivity infrastructures aims, among other things, the establishment of a park of industrial fishing activities, the development of a new industrial and logistics zone near the port, and increased navigation. opportunities for West Africa, ”argue the authors of this analysis.

Example of the Morocco-Nigeria gas pipeline

Among the major projects underway, it must be said that the Morocco-Nigeria gas pipeline is "a true witness to the Moroccan place in the Europe-Africa Atlantic corridor," explains the aforementioned document, noting that this initiative would connect Nigeria's gas resources to West African countries and Morocco to serve Europe thereafter. “It would also allow the development of related industries along the pipeline. Here again, this is a project that responds to this logic of the corridor focused on the transport infrastructure and the industrial base ”, according to the authors of this study. Added to this is the OCP Group, which places agricultural development in Africa at the center of its priorities. «The new agreement between Morocco and Nigeria aimed to develop a fertilizer platform for an investment of 1,