In the event that the verdict or result of the investigation determines to impose tariffs on Mexican blueberries, the decision is that Mexico immediately apply compensation or retaliation. 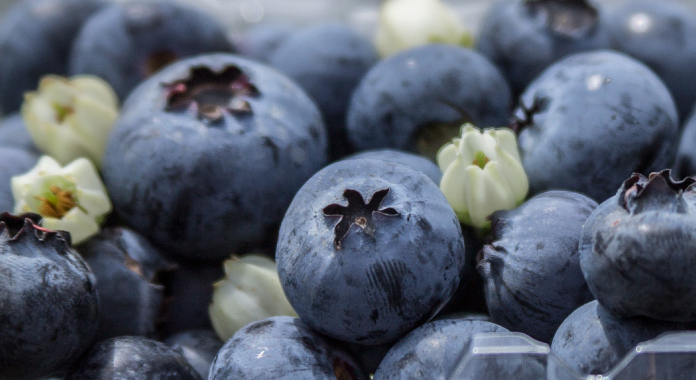 Mexico is willing to make radical decisions against US products due to the US Government's request to the International Trade Commission for a Section 201 global safeguards investigation to review whether increased imports of blueberries have caused serious damage. to local producers.

The request, made through the Office of the Trade Representative (USTR), will establish an official channel for interested parties or plaintiffs to provide information related to subsidies that they consider unfair to foreign producers and exporters of seasonal fruits.

In the event that the verdict or result of the investigation determines to impose tariffs on Mexican blueberries, the decision is that Mexico immediately apply compensation or retaliation.

The US products on which retaliation will be applied if this tariff is decreed on blueberries and other products investigated by the International Trade Commission have already been determined, because the decision is to respond in a forceful way to the claims of the United States to apply these possible tariffs .

The highest Mexican authorities are lined up to respond to a possible sanction on Mexican fruit. From the Presidency, the Senate of the Republic, the secretariats of Economy, Agriculture and the National Agricultural Council, determined to apply this mirror policy against products of United States origin.

Bosco de la Vega, president of the National Agricultural Council (CNA) commented that in the face of this possible crisis “we are all coordinated” and that the products on which tariffs would be imposed in response to the US decision have already been defined.

"We know that it is a political issue, because Florida is the fourth entity with the most electoral votes after California, Texas and New York and then the combination of Florida and Georgia got us into this problem", declares the president of the ANC, and remember that in the case of blueberries "the first country that exports to the United States is Peru with 39%, the second is Chile with 25% and the third is Mexico."

In a previous episode, in the same Trump administration, when it came to aluminum, where Mexico would also be affected, “three days later we had a map of the United States seeing what products that had to do with the Republican hard vote we were going to put tariffs on them. Then Mexico is going to take a proportional, fair and forceful measure in the face of this threat ”, he concludes.