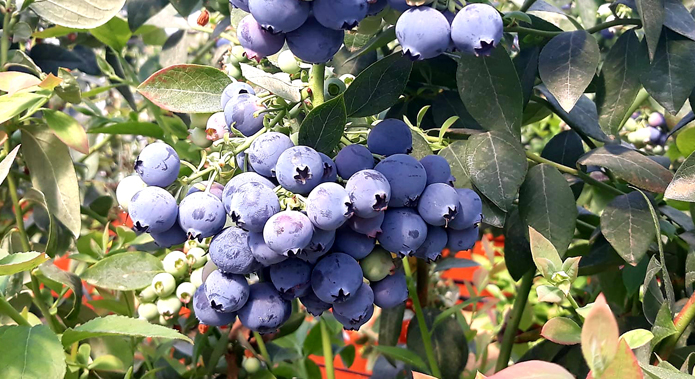 Planasa will launch its first six varieties of blueberry for October of 2019. The excellent results of the investment made in the R & D program of this berry have resulted in six commercial varieties: two ultra precocious, three very precocious and one half-season.

These varieties are being tested in Spain, where they are awakening a lot of expectation, as well as in Mexico. However, this year they will only be marketed in Spain, Peru and Portugal through licensees.

"Although there are differences between them, in general these varieties are characterized mainly by their precocity, good firmness and long shelf life. In addition, all have the ability to group a large amount of crunchy, sweet and excellent-sized fruit ", explains Gonzalo Artés, Commercial and Marketing Director of Planasa.

"In addition to precocity, very good shelf life and high productivity with high concentration of fruit, these new varieties provide the farmer with a harvesting facility never seen in early varieties. All this translates into a great economic return for farmers, "he says. And is that the production of blueberries in Spain focuses a lot in the months of April, May and June. "We are looking for fruit that is available and of quality throughout the year. Our objective is to supply before the peak of production in April and that producers can obtain market share before then, "he adds.

On the other hand, for the markets, this new program "contributes European product availability from the end of December to the end of March in considerable volumes".

According to Gonzalo Artés, this ultra-precocity is not at odds with the taste and appearance demanded by countries traditionally consumers of cranberry in Europe, such as the United Kingdom. In fact, supermarket chains such as Tesco have already shown their interest in the quality of the fruit.

The cranberry sector in Spain has experienced rapid growth in recent years. In the last year, important investments in this country have been made in infrastructure and calibration technology, as well as in the packaging of this product. Does the sector need cranberry variety clubs?

"With regard to the calibration technology, the introduction of the varieties of Planasa allows us to take a step forward since it provides some calibers of good diameter - all above 18 millimeters -, and quite stable with respect to other varieties that currently exist in the market. Regarding varieties, I do not think that the sector needs clubs exactly because what we try from Planasa is to have licensees consolidated in the sector and that add value to the varieties they produce. We look for companies with tradition, referring to the production of berries ", concludes Gonzalo Artés.

Identification of Conserved and Novel MicroRNAs in Blueberry