The agency's director, Tedros Adhanom Ghebreyesus, cited the example of South Korea in its fight against the coronavirus, thanks to the application of numerous tests. 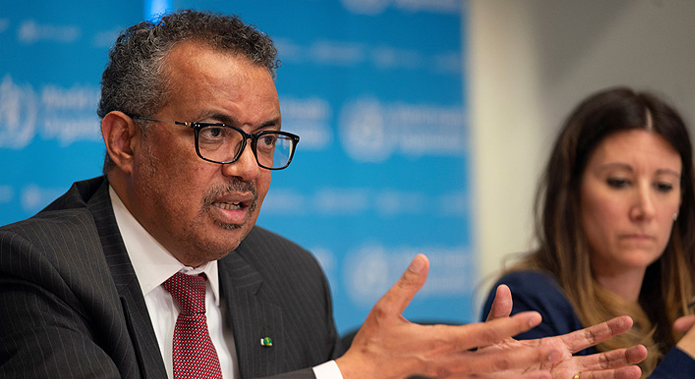 Given the serious expansion of Covid-19 worldwide, with more than 200.000 infected, the World Health Organization (WHO)  He called on the entire international community to stay isolated to prevent worse consequences.

"Solidarity must be at the center of efforts to fight Covid-19. We know that there are countries that are concerned with the increase in infections, "said the director of the organization, Tedros Adhanom Ghebreyesus.

In his daily appearance, the WHO chief pointed out in this regard that, given the spread of the virus, "countries must isolate , you have to do tests, you have to isolate the cases and trace the contacts ».

WHO recommends that all suspects be isolated . Most of the countries with a few cases are listening to us, they are on time. But we know that other countries are experiencing intense transmission. But it can be achieved ”, he affirmed

In this way, Tedros gave South Korea as an example, a country that "a month ago was in that situation and they expanded the tests and isolated the cases in specific facilities."

On the other hand, the head of the WHO emphasized the reality of Africa, a continent that although it does not accumulate so many cases of Covid-19, a bad prevention campaign could have catastrophic consequences. "We have to prepare for the worst in Africa. We know how the virus accelerates at any given time. My advice to Africa is to prepare for the worst, and we must do everything we can to cut the root problem. . I think Africa, my continent, must wake up, "he said.

According to the latest WHO update, Covid-19 cases exceed 200 worldwide, of which more than 8.000 have lost their lives. Of these, more than 80% correspond to two regions: the Western Pacific and Europe.

Several countries have already taken drastic measures to combat the coronavirus. China was the first to decree quarantine in some cities, which has been replicated by other governments such as Italy, France and Spain.

Peru reopens its market to the rocks of Chile