Peru would double its export volume of organic blueberries this season

The harvest in general (of conventional and organic blueberries) would grow 30%, due to the increase of 2.500 cultivated hectares. 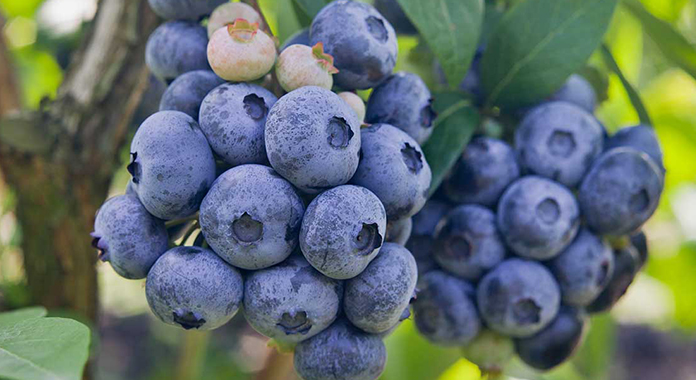 Peru continues to take advantage of the strong global demand for healthy foods, especially organic ones, to boost its sales. Along these lines, the volume of organic blueberry exports during this campaign (2021-2022) would be double that of the previous one (2020-2021), estimated Luis Miguel Vegas, general manager of the Association of Blueberry Producers of Peru (Proarranberries).

“Last season, we calculated that around 5% of the exported fruit was organic. For this season, for which we estimate a 30% growth in the volume of total blueberry exports, 7% would be organic. We see that in this campaign the volume of organics is going to double and that their participation grows more and more ”, he said.

Since it is estimated that in the current campaign (May-March) the total shipments of blueberries will add up to more than 200.000 tons, he pointed out, it is estimated that the volumes of organics will amount to 14.000 or 15.000 tons, that is, twice the amount reached in the campaign. last (about 7.5 thousand tons).

It should be noted that the Association of Exporters (ADEX) has projected a growth of 220% for the export of organic blueberries. However, the volumes registered by ADEX for these shipments in the previous season are 4.000 tons. With the estimated growth rate, an exported volume of 12.800 tons would be obtained. In this regard, the Proarándanos manager indicated that the export items do not distinguish between organic and conventional blueberries, which makes it difficult to make a reliable record unless information is collected company by company.

Over the past year, the price of these organic fruits rose just over US $ 2. The average export price of fresh organic blueberries was US $ 9.62 per kg in 2020, with a maximum of US $ 10.87 in The United States in October, and a minimum of US $ 4 per kg in Singapore and the Netherlands, in July and November, respectively, according to information from the Global Business and Economy Research Center (CIEN-ADEX). Meanwhile, the average price of conventional blueberries was US $ 6.24 last year, with a high of US $ 12.33 in China in November and a low of US $ 2 per kg in Belgium in July.

According to calculations by Sierra and Selva Exportadora made last year, the additional costs for the production of organic food (without pesticides or other chemicals) were estimated between 5% and 9%. However, the difference between the sale prices of organic and conventional fruits may be higher than this rate, as is the case with blueberries.

Fruits of the forest

The growth in exports of blueberries in general (conventional and organic) is due, on the one hand, to the greater extensions of these crops and to an increase in their productivity, thanks to the maturation that they are gaining year after year. For this period, 2,500 hectares of the crop have been added to the 13,000 already existing. On the other hand, its demand is increasing as its antioxidant properties become better known, highlights Proarándanos.

In Peru, the blueberry harvest began last May and will conclude in March 2022, after the campaign periods have been extended from year to year, for the benefit of agro-exporters, who can now offer these berries for 10 consecutive months. It should be noted that the largest volumes are harvested between August and December of each year.

Morocco: The fruit of Dakhla