Peru would export around 30 thousand tons of blueberries to China in the 2021/2022 season, which would represent an increase of 111%

Proarándanos plans to reach new markets in the Asian continent this season. Among the priority places to gain access are Korea, Indonesia, Japan and Vietnam, although it will depend on the phytosanitary authorities in each country. 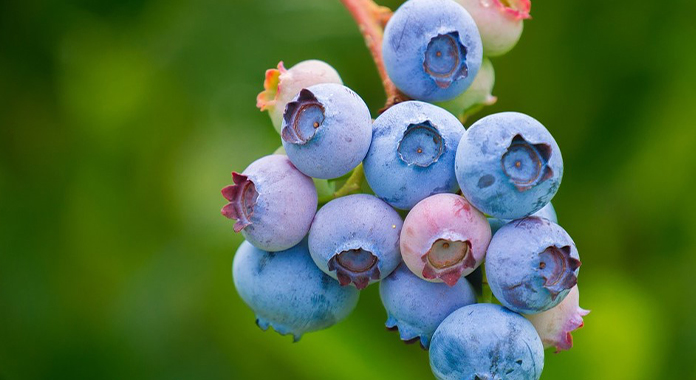 The Peruvian blueberry season 2021-2022 began in week 18 (early May) and is projected to extend until April 2022. Along these lines, the Covid-19 pandemic has generated various changes.

Daniel Bustamante, president of the Association of Producers and Exporters of Blueberries of Peru (Proarándanos), explained that since last season companies have had to adapt in operational and logistical terms. "This has been a great challenge, especially from the point of view of the transfer and care of personnel in the field, but for the benefit of the Peruvian industry we had time to prepare and act before the harvest season."

He indicated that, in this campaign, the protocols are maintained with the same levels of rigor to ensure the protection of personnel and conditions of shipments.

Regarding the new strategies that have been implemented this season, Bustamante commented that the strategy is to continue opening new markets and to continue positioning the Peruvian blueberry as a quality, reliable, environmentally sustainable product that generates very positive impacts for social and economic development. of the communities in their areas of influence. He also said that more should be invested in promotions to grow the category and ensure product rotation during the export windows of Peru.

Asked about the changes that this season will have compared to the previous one, he pointed out that “in operational and logistical terms this campaign will maintain the measures adopted from the previous campaign by Covid-19. In terms of market share we see an important growth projected especially to the Asian market ”.

One of the main characteristics of Proarándanos is innovation. According to the entity, during 2020 a total of 46 different varieties of blueberries were registered, a significant varietal increase considered that in 2016 only 13 varieties were certified, and in 2019 30 were registered. producers for the continuous search for better varieties to satisfy increasingly demanding markets.

Regarding exports to the various markets of the world, the president of Proarándanos affirmed: “in terms of export volumes, the United States plans to maintain its participation as the main destination. It is worth mentioning the significant growth projected in shipments to China, with an increase of more than double in the volume exported in relation to the previous season (+ 111%) ”.

"For the 2021-22 season, the initial projections show shipments to China around 30 thousand tons, an important increase considering that last season 16 thousand were exported," he added.

For this year, the association plans to reach new markets on the Asian continent. “Among the places that we have been prioritizing to gain access we have Korea, Indonesia, Japan and Vietnam; however, this also depends on the phytosanitary authorities in each country ”, emphasized Bustamante. In the case of the United States, the association projected shipments to the United States around 105 thousand tons, representing an increase of 22% compared to last season.

Regarding Europe, Bustamante explained that "shipments to Europe are projected to reach 65 thousand tons, representing an increase of 20% compared to last season."

In recent years the blueberry industry has undergone changes, which have made it possible to locate the fruit as a superfood, that is, a SuperFood. Faced with the above, the change in consumer habits is added, according to studies, the pandemic boosted the purchases of fruits by delivery.

Given this, Daniel Bustamante said that “local consumption has a lot of potential. Although we see an increase and availability in markets every year, there is still much to be exploited, especially in the production of products based on blueberries / processed products ”.

“The benefits of blueberry are increasingly known and valued by consumers around the world, who have become more health conscious in the wake of the pandemic. Apart from being a very rich and easy to eat fruit. The diffusion of the attributes of the cranberry as a SuperFood has made consumers more aware of the benefits of consuming cranberry ”, he assured.

Postharvest, one of the main dishes that will be addressed in the International Blueberry Month