The quality of Polish fruit is very consistent, because the warm and abundant climate in sunny hours has a positive effect on blueberries, in their flowering and development, especially in farms where plant nutrition is It does with mechanized fertigation systems and supplementary foliar fertilization management. 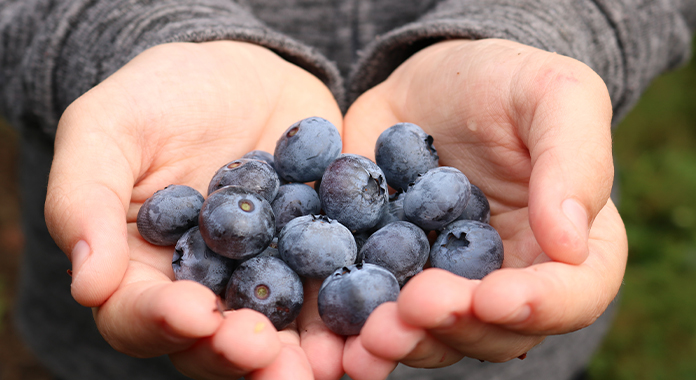 In Poland, the season of harvest of the Duke variety The early season is gradually ending and large quantities of fruit are already being collected from medium-early varieties, including the bluecrop, which still dominates the Polish blueberry plantation structure, despite the fact that new varieties have been incorporated into the mid-early production of the Polish blueberry industry.

These young plantations, with more productive genetics, have caused a visible increased supply of blueberries, and, on the other hand, the heat that has hit a large part of Europe has significantly accelerated the ripening of the fruit, which has also contributed to this growth in supply, which is expected to decrease markedly after the second week of August.

La Polish fruit quality is very consistent, because the warm and sunny climate causes a positive effect on blueberries, both in their flowering and in their entire development, especially in farms where the nutrition of the plants is done with mechanized systems of fertigation and management of Complementary foliar fertilization, achieving good levels of Brix degrees of the fruit.

According to Italian Berry, sales, both in the domestic market and in exports, are relatively good so far, although in this last week of July a certain saturation of the European market with the large supply of blueberries is already visible, which puts pressure on Polish producers, who year after year see an increase in international competition, having to adapt to the constant arrival of fruit from different countries and distant regions.

Obviously, when supply increases, prices fall, so the price increase is expected only after mid-August, when the peak of the blueberry season, at the completion of the harvest of the medium-early varieties.

Analysis of the international industry

La reality of multiple international industries, including the most important of the African continent, Latin American, European, and in general, the state, projections and challenges of the global blueberry industry in the world, will be analyzed in depth by several experts and international experts on the opening day of the International Blueberry Month 2021, corresponding to Tuesday August 03, from 9.30 am (Chilean time), and in which you can participate by entering the following link.

Morocco: the differentiating factor in the blueberry industry