Licensing of device to measure firmness of blueberries awarded 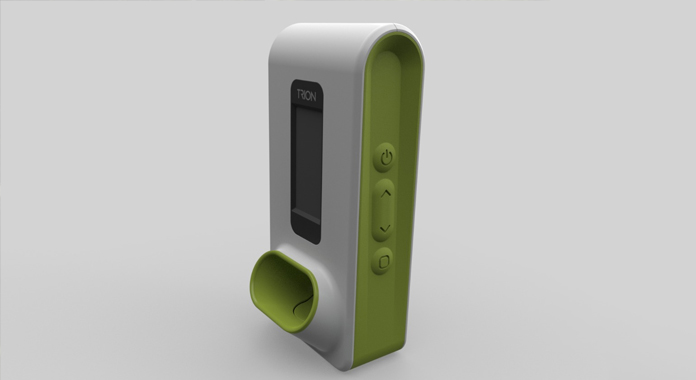 The Science with Impact Award granted each year by the University of Concepción, distinguished the academic from the Faculty of Agricultural Engineering (FIAUdeC), Dr. Christian Correa Farías, for the licensing of a device to measure firmness and internal structure of blueberries and other berries .

On this occasion, the mention in Technology Transfer went to Dr. Correa, for his contribution to the development of technology to measure firmness and internal structure of berries and his licensing to the start-up Trion SpA.

Regarding the invention that earned him the distinction, he recognized its special character, since "this was basically a response to a need that we detected in conjunction with blueberry producers," said the researcher, who directs the Field Robotics Laboratory, of FIAUdeC,

The specialist in robotics and automation for agriculture explained that a difficulty present in the agricultural world is determining the effects of frost, blows or other events. “This damage cannot be detected with the naked eye (…) We took these requirements, which were repeated every time we had a visit with companies, and we started with some tests during two seasons, which allowed us to have a more robust prototype, which we postulated at the University Patenting Contest ”, recalled the academic.

He reported that no company “was willing to invest in the idea because, deep down, they avoided the problem, but they did not see how to solve it quickly, efficiently and cheaply. In addition, the companies had other more priority projects ”.

“So we decided to take the path ourselves as a University - continued the professor -, as a laboratory at first, investing our own funds, our time, and developing a prototype, and then went through all the stages that Corfo generates as a guideline of what a development of these characteristics should be: we developed it within the University, we presented it to a competitive fund in conjunction with the Trion company, we won that fund, which allowed us to move from the prototype to a minimum viable product, which is something that is ready to go on the market to be tested and prove its characteristics, we then transferred this patent that we had obtained for this product to the company, and it is already on the way to making its first sales, it is in the industrial scaling stage , defining aspects such as design, so we hope that this season the first devices will be operating on the ground ”, he said.

In 2016, a patent was requested for the new technology, which was granted in 2018. And on June 4 of last year, the license agreement was signed between the University of Concepción and Trion Soluciones de Ingeniería SpA, in charge of the validation. and commercialization of the new technology.

Trion was created in 2018 by alumni of the Faculty: Alan Vera Muñoz and Fernando Bolaño Pacheco.

“They participated as students in the development of this team, within the University, before creating the company. Later, they created their company and as they knew the product they were probably the best suited to develop their technical conditions ”, commented Dr. Correa.

Consulted by the rapid rise of this solution, from its conception to its licensing, he attributed it to the fact that “we correctly identified the need that the market had, we are solving a problem that is real and we are not forcing an idea of ​​ours. The proof is in that the company Trion found interested in acquiring it quickly ”.

The technology that uses this device is called "load cells", which measures how much pressure is being applied to the fruit for a certain degree of compression.

The researcher highlighted, among the advantages of the device, that it is mobile, allowing the producer to make decisions on site. "This operates with a sampling of fruits, and what should be done is to cross this data with other information that the company has, for example, drone images and maps."

"In the current conditions in the orchards -he explained-, the person goes to the field, takes the fruits and takes them to the laboratory in the packing, and there they do the firmness analysis of the fruit, then, unfortunately they can do very few samplings and the The sample is not representative, and in addition, the instruments that are dealt with are not designed for small fruits, but for larger ones, such as apples. Consequently, the results are not at all reliable. There was a market awareness that this was a problem that had to be solved ”.

Finally, he described that “we generate this sampling protocol, which allows us to analyze a sample in less than five seconds, it is very fast, which means that we can analyze many samples in the field, increasing the degree of representativeness and delivering a value that is reliable, because with the other teams there is an error of 30%, but with ours it does not exceed 1% ”.

The Andalusian blueberry makes a niche in the international market