Rising fertilizer prices could affect how the next plantings are oriented in the United States, while China's problems with energy costs could also affect the costs of manufacturing feed in the Asian giant. 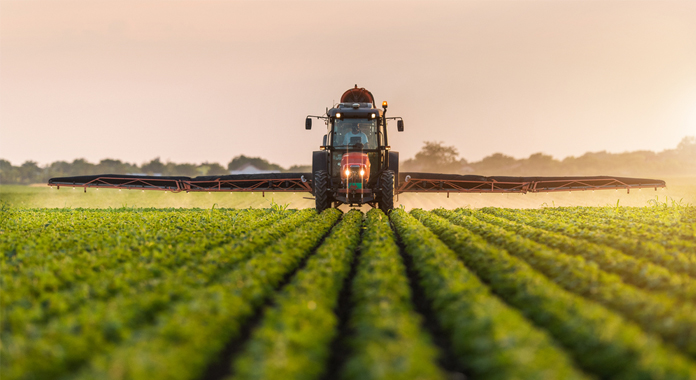 This increase in one of the most important inputs in the new agricultural season in the Northern Hemisphere could lead to a reduction in corn and wheat plantings, to be carried out for the next marketing year 2022/23 and affect their supply. cereals, which would be replaced by other crops with less need for nitrogen, such as soybeans according to various industry sources, such as Cargill or ED&F Man, and financial sources, such as Bloomberg or Dow Jones.

Higher production costs from rising nutrient prices for crops around the world, spurred by energy crises in Europe and China, could cause farmers to switch from wheat to less fertilizer-intensive crops, raising pressure on adjusted grain reserves.

According to these sources, the cost of a basic input, such as fertilizers, is at its highest level since 2008, at almost $ 900 per ton, which is of great concern to farmers for the next agricultural season.

This increase also occurs amid reports that China could paralyze its phosphate exports until next year, while the prices of other fertilizer ingredients are also well above those in this same period of the year last.

The increase in natural gas prices, according to these analysts, has put fertilizer costs through the roof, which means, in turn, that planting costs are also for corn, and will cause a transfer of surface to the soy."

Retail fertilizer prices, compared to a year ago, show that they have all risen significantly, other analysts note.

On the other hand, analysts from the Reuters agency highlight that the gigantic Chinese livestock sector faces an increase in feed costs, due to the fact that the worst power cuts in the country in years have forced the closure of milling plants of soybeans, which cuts supply and, at the same time, causes prices to rise. At least half of the soybean milling plants in North and Northeast China have been closed for at least a week.

What's more, the rise in feed manufacturing costs comes at a delicate time for Chinese farmers, many of whom are facing losses and weak margins, in particular due to low pig prices, due to increased production. domestic production as animal stocks have been rebuilding, after the worst moments of the African Swine Fever (ASF) that greatly decimated the herd in that country.

Pig farmers face double pressure. On the one hand, because prices are at very low levels and consumer demand is weak. On the other, due to the gradual rise in the price of soybean meal and other feed.

This complicated situation, with a high cost of energy and key inputs such as animal feed, especially pigs, could affect the evolution of growth forecasts for the Chinese economy, according to analysts.