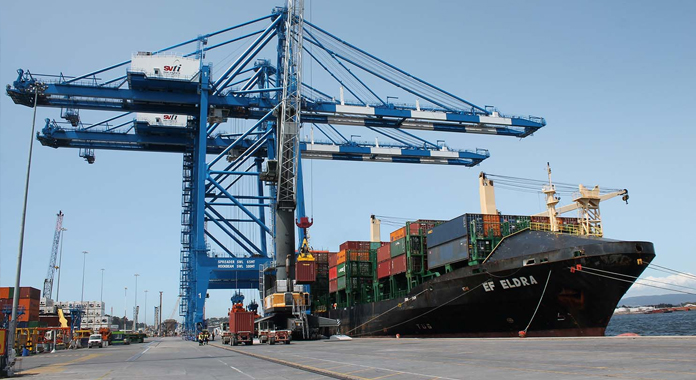 A promising reactivation of exports from the Biobío Region begins to be noticed in the first two months of 2021, with a growth of 5% in the amounts sent abroad, highlighted the regional director of ProChile, Osvaldo Marina.

“In total, the accumulated exports to February reached U.S. $ 680 millones, a figure that is 5% higher than the same period in 2020, which reveals that, despite the pandemic still hitting world trade, it is already beginning to show signs of reactivation, which favor Chilean shipments and in particular Biobío ”, Indian.

By sectors, the best performance is shown by the forestry industry, “with shipments accumulated to February by U.S. $ 447 millones, with a growth of 11% ”.

The regional director of ProChile explained that “this sector has been strongly affected since the beginning of the pandemic due to less activity in the housing construction sector, especially in terms ofs United States, in addition to the restrictions for sanitary reasons that existed in the national production. However, since the end of last year the activity has begun to recover and with it sales ”.

The highest growth is recorded in cellulose shipments (59%). In forest manufactures, exports of wooden boards (4,5%), plywood (0,9%) and wooden containers (80%) grew.

Biobío's agricultural sector in the same period showed a 7,3% drop in its shipments, which totaled US $ 96 million. The main products exported by the region were fresh blueberries (US $ 44 million), fresh cherries (US $ 23 million), condensed milk (US $ 8 million) and Flours and starches (US $ 7 million).

Manufacturing also had a 2,7% contraction, totaling U.S. $ 68 millones, as well as shipments from the fishing and aquaculture sector, which fell 5,8%, totaling US $ 63 million.

“The great advances in vaccination against Covid-19 in Chile and also in relevant markets such as the United States, make us optimistic that these figures will have great improvements during the following months of 2021. As ProChile, the public service in charge of export promotion, we are working to promote economic reactivation through trade outside, allowing us to recover this year the jobs and income lost due to the pandemic. "

The Role of Soil Fungi in K + Plant Nutrition