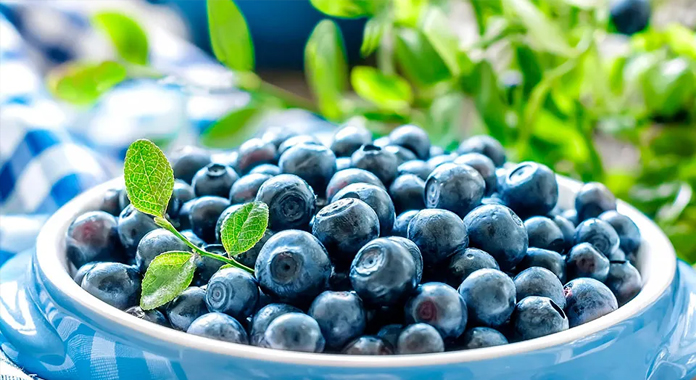 Blueberry production in Mexico has grown for five years in a row, reaching 50.293 tons in 2020, reported the Secretary of Agriculture.

From a broader perspective, the production of this berry has grown exponentially in the last 10 years, registering an average annual growth rate of 25,1 percent.

Although it can be consumed as table fruit, its main use lies in the preparation of various derivative products such as jams, marmalades, purees, jellies and juices.

Among the producing states of Mexico, Jalisco generated 31,5% of the value of national production, while its income from the sale of 23.169 tons was 869 million pesos.

In general, exports of berries they continue to go through a favorable moment.

In the case of blueberries, the volume sold abroad during 2020 reached a value of 399 million dollars.

Likewise, 95,9% of the exported volume went to the US market and the rest to 34 countries.

The blueberry is a deciduous shrub type of 20 to 60 cm in height that is mainly cultivated for the fruit.

It belongs to the Ericaceae family and is highly appreciated in the countries of the Northern Hemisphere, mainly the United States.

As for the product, it is a spherical berry that measures 1 to 2 cm in diameter, with an intense to soft blue color, hence the English name of blueberry.

In addition, its epidermis is covered by an important characteristic waxiness that, together with its consistency, makes its postharvest durability much greater than that of other berries such as raspberry or currant.

The world's largest importer is United States, which spent about 1.393 million dollars in 2020 for its acquisition.