"Dakhla is the gateway to the desert and sub-Saharan Africa, but above all, to paradise" (visitmorocco.com) 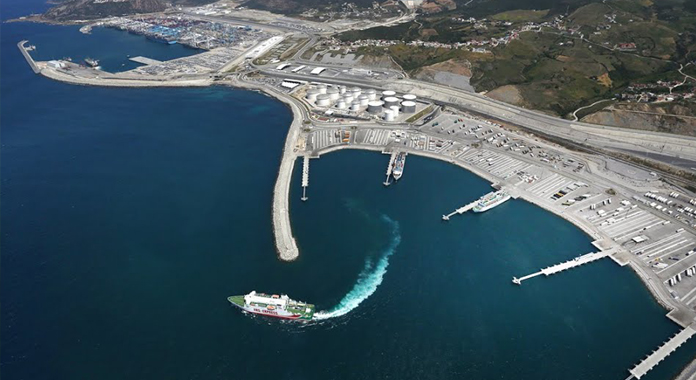 The tourist advertising that invites you to visit Morocco and its typical places speaks of Dakhla as a small paradise located in the south of the country, hidden between the waters of the Atlantic Ocean and the sand of the Sahara desert, and warns tourists that "Visiting it is a delicacy that should be consumed in moderation ...".

Other types of information about the region talk about the imposing construction project of the port of Dakhla Atlantique, a future logistics center that corresponds to the structuring of the new development model for the southern regions of Morocco, and which is one of the most important investments. promising for the Alawite economy, which will provide it with a gigantic logistics platform that will position it as an important center for commercial port activities.

The United States just opened a consulate in the region recently and many domestic and foreign investments are planned in the region.

Dakhla-Oued Eddahab is one of the richest areas in the country, whose ecosystem has won three international recognitions as a site of great ecological importance.

The region is also distinguished by high value-added agricultural production and early vegetable cultivation, which is a pioneering experience in the extension of the southern provinces.

Blueberries in the Sahara

Nabil Belmkaddem, General Manager of the agro-export company BestBerry, based in the province of Kenitra, referring to the prospects for the blueberry industry in Morocco, comments that the growth of the planted area is constant and permanent, although not exponentially. that grew in the period 2015-2019.

At the same time, the executive emphasizes that producers currently have more experience, more technology, and above all have access to a wide range of plant varieties, most of them more productive and of better quality, so that the productivity levels are becoming optimal.

In this context, Nabil explains, new farms are currently being established in southern Morocco, specifically in the Dakhla region (23º latitude), which will provide greater earliness, with an earlier supply to the markets.

"We are hearing that the quality of the fruit is better in Dakhla, with brix degrees above 20 and a good size of fruit due to the appropriate weather conditions," says the executive.

The temperature in the Dakhla area is kept between 23º and 25ºC throughout the year and a cool breeze causes great aeration and thus very few plant diseases. Nabil tells us that blueberries are grown in greenhouses and are in substrate. The harvest begins in October, which means 4 to 6 weeks earlier than in Agadir, and 6 to 8 weeks earlier than in northern Morocco.

Two multinational berry companies have started producing in the area and the Moroccan government is preparing a 5000-hectare irrigation district based on the desalination of water from the Atlantic Ocean.

This and other news about the important Moroccan blueberry industry, its reality, its challenges and its future, are part of an extensive conversation held with Nabil Belmkaddem, which will be published in the 2021 edition of Blue Magazine. They can also live it , those who attend the XXI International Blueberry Seminar, to be held next September in the mythical city of Casablanca.

The Blueberry Coalition for Progress and Health announces the generation of an international alliance to oppose US import restrictions.