Summary of the global blueberry market 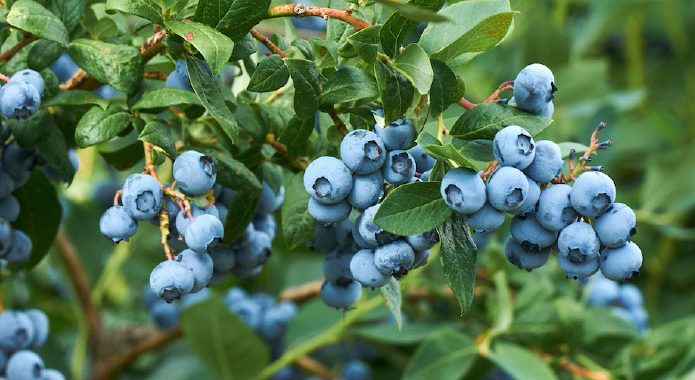 With the premiere of the new year around the world, blueberries are back on the menu. Despite not being a sought after food at Christmas, blueberries enjoy a sales boost in many countries, as consumers intend to have healthier consumption habits in 2022, a trend in which this fruit fits perfectly. Thanks to its growing popularity year after year, many countries such as Peru, China and Chile have seen plantations and production rise, but in some cases, continued delays in transit times have affected the quality of exports.

Netherlands: Chilean season delayed
The Peruvian season has entered its final phase. "Fruit is still being harvested in Peru, but it will end next week," predicts a Dutch importer, who considers that the Peruvian season has been good. “The quality has been good this year. Due to the increase in plantings, there was a lot of pressure on prices at the beginning of the season, but they were offset later. The last blueberries from South Africa are arriving. From a quality point of view, this season has been more problematic. Almost all shipments arrived too late and transit times of 4-5 weeks were not exceptional. This resulted in large quality differences. Often times berries they were either very good or not at all. '

«Meanwhile, the Chilean season has been delayed. Normally, the first containers arrive in week 50, but delays are the order of the day. I expect the supply from Chile to peak between weeks 3-7 and then rapidly decline again. Although there is much talk that the supply has been reduced due to the lack of collectors and transportation problems, the truth is that it is being loaded in excess. Right now, blueberry sales are stable. Due to the many delays, there is some uncertainty in the market about when everyone will be able to meet their obligations, but we have not had any problems with this. Expectations for the Mediterranean season are also good. Morocco in particular has considerably increased its production. In Spain, winter conditions are not as bad as expected and production is on time ", explains a trader from berries.

Germany: Quiet market
The marketing of blueberries is about to change seasons. At present, mainly Peruvian product is offered, complemented by South African product. “The first air cargo from Chile is already arriving, but during week 52 we were able to offer larger quantities of maritime cargo. In the first weeks of January the transition between seasons will be completed ”, reports an importer.

Demand and supply are already practically balanced, he continues. “The retail business is hardly doing any promotions right now, especially since blueberries are not a Christmas classic. On the whole, sales are pretty quiet. '

Ukraine: Exports rise despite lower prices
Ukraine increased blueberry exports by 65% ​​in volume in 2021 compared to 2020. At the same time, fresh blueberry export volumes were down 18% compared to 2019, a record year. The downward trend in the price of blueberries, which does not please Ukrainian exporters, is also noteworthy; the average export price of blueberries in 2021 was 9% lower on average than in 2020.

"The Chilean volume is lower than in previous years due to the lack of labor and the increase in the processing price, together with more stable prices in the European market compared to the United States market," says a shipper . "If you add holidays to that, the industry is facing quite a bit of difficulties in the blueberry category in the coming weeks."

Although the supply from Chile is lower due to these labor problems, Peruvian blueberries have had some incremental increases in volume. "But it is not enough to balance the market," adds the shipper. In addition to those two countries, Argentina, Uruguay and Mexico are also currently shipping fruit.

It's no wonder the price of blueberries is high at this time of year.

"Consumption will remain stable as long as unit prices remain reasonable / moderate," says the shipper, noting that the price in December was comparable to that of December 2020, and that of January 2022 could increase with respect to last year's prices.

Although labor and logistics problems hinder the movement of blueberries in the coming weeks, much better volumes are expected in February, once the supply from Chile and Mexico grows. "When Florida starts domestic production in early March, the market should stabilize until spring," says the shipper.

Chile: Exports drop due to longer transit times
The volume of Chilean blueberries exported, fresh or frozen, has decreased by 24,1% year-on-year. The increase in maritime transit times has caused many farmers to be more rigorous with the selection of fruit, exporting only what could arrive in good condition after the long journey. This has led to the growth of the frozen blueberry market in Chile. Until November 21 of last year, exports of frozen blueberries had increased by 9% compared to the same period in 2020. The figure is expected to rise this year after the signing of new international treaties that facilitate exports to China.

China: High prices for domestic winter blueberries, but crop tends to rise
Chinese winter blueberries are already on the market, but the price is quite expensive due to low production yields. The retail price of the bulk product is up to 120-150 yuan per kilo in some regions.

The acreage is growing rapidly. According to relevant data, the area in China will reach 60.150 hectares in 2020.

The high season for the national blueberry runs from June to October. In the period of abundance, the price of fresh produce is generally around 40-60 yuan per kilo. Winter blueberries are grown in Xishuangbanna, Jianshui, Chengjiang and elsewhere in Yunnan, and the total production is not particularly large.

Next week, overview of the global mango market.

Morocco becomes the leading supplier of fruit and vegetables to Spain

Midagri: "Peru could have its own fertilizer processing plant"