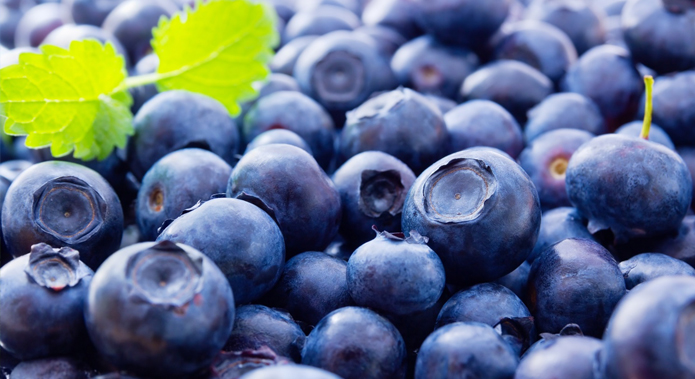 Although there is still production in the UK and several areas of the US, the blueberry seasons in both Europe and North America are coming to an end. Volumes have been good throughout the season, although bad weather could shorten shelf life and the UK struggled with labor issues throughout this season. Production in the southern hemisphere countries, including Peru, Chile and South Africa, is starting with peak volumes yet to come.

Netherlands: After a bumpy European season, the overseas berry season got off to a good start
“The European season has really come to an end. The season had ups and downs both in quality and price, ”reports a Dutch trader. A short but powerful spike from Poland / Serbia put considerable pressure on the Dutch producer. This, in combination with heavy rains in the Netherlands, did not make things any better for local growers. The Polish and Serbian season showed very good quality without any problems, the big promotions throughout the European retail sector helped to get rid of the volume.

“For us, the Peruvian season had already started three weeks ago, Peru currently shows good quality fruit that represents a high value in the market. From week 39-40, South Africa will bring its berries to the market which will again lead to a peak between week 43-46 with a second round at week 47. Expectations are that we will see a good price formation until week 41, and then we will see a decrease due to the many promotions that are planned. 47, there will be a price increase again ”, said the importer. In short, the next twelve weeks will be an exciting period, showing what the per capita consumption is to get rid of volumes.

Italy
A major cooperative, which has growers from the north to the south of Italy, reports that the blueberry campaign started in February in the Calabria and Sicily regions and will end in Trentino at the end of September. Regarding the quality of the product, a good season has been registered, although the spring frosts mainly damaged the product in northern Italy, while the great heat of the end of May-June affected the final phase of production in Sicily and Calabria. . Last but not least, the rainy month of July had a significant impact on the shelf life of the product in Trentino.

Prices rose considerably compared to 2020, when the outbreak of the pandemic affected purchases. Furthermore, thanks to the new packaging and the residue-free blueberries, it was possible to overcome strong foreign competition. Among the most popular varieties are Ventura, Duke, Last Call, Cargo and Atlas Blue.

A grower from Val di Non says he had a good harvest. With 650 plants, he harvested 1,6 tons of fruit and the price was satisfactory, higher than in 2020. It grows in pots (without soil) and protects the plants with anti-hail nets.

United Kingdom
The UK season started a bit late due to bad weather in May, but returns have been good. The season has not been without its challenges as volumes have also been good across Northeast Europe. In addition, production from the southern hemisphere has already begun to reach the market.

Northern European production will start to decline from now on, but UK production will continue at the same volumes through October. Although the British blueberry does not have the iconic status of the strawberry or asparagus, the British consumer will opt for a British blueberry over imported ones. As more homegrown fruit becomes available, consumer awareness of the product increases. Work has been a challenge this season. The seasonal worker pilot program is expected to become permanent, growers would not have gotten through the season without it this year. They are now in uncertain territory about what will happen next year.

Australia
As the Australian blueberry season progresses, prices at the retail level have fallen to just $ 2 a basket. It comes as the industry announces that its marketing strategy will focus on "engaging existing buyers to maintain and increase purchases," according to the spring issue of the Australian Berry Journal. He added that an integrated strategy will be used and that ad spending will focus on social and digital channels, building on the successful "Bl'oo'berries" campaign of the last three seasons. The Australian season runs from July to March, with peak production coming from New South Wales, before the southern states start their seasons in December / January. The latest figures from Hort Innovation showed that 20.783 tonnes were produced in the year ending June 2020, representing a nine percent increase in volume over the previous year. At the same time, the value of Australian blueberries increased 15 percent to $ 389,6 million.

Producers in the Cape say that abundant rain and winter cold, along with very unusual occurrences of hail in some regions, have made this a challenging season.

Port congestion and ship delays have also complicated shipping; exports to the Middle East are still dominated by air transport.

In the domestic market, volumes to the markets have increased notably and prices fell to (last week) R41,72 (2,48 euros) per kg.

United States: Blueberry supply is lower this month.
Nationwide, there are still some supplies of berries from growing regions in the US and Canada, but they remain close to their source because they have no legs to travel.

As for Mexico, it officially started with blueberries the first week of September. "But there has been availability since the beginning of August," says a producer / carrier. “Those supplies are kept mainly for the domestic market in Mexico because it pays well compared to prices in the United States and Canada. But as soon as the fruit from Oregon and British Columbia starts to have a problem in terms of quality, importers and retailers look to Mexico. "

He points out that while the supply of Mexican blueberries is currently scarce, increasing volumes will arrive next week until mid-November. In general, Mexico continues to take advantage of its blueberry production.

Peru is also currently shipping blueberries and the fruit is available in states like Florida and Philadelphia. The dominant growing region in the early season will be Peru and they have more volume this year. Argentina also has some fruit available, but its volumes are limited.

In terms of demand, blueberries (like most berries) continue to grow in consumption with consumers. “Food service will also rebound with blueberries. That is why we think it will be a good year in terms of demand ”, says the producer / transporter. "But it is up to retailers and carriers to plan sales well to move volume at the right time."

That leaves September and October as a good market in terms of prices. November to February is usually the lowest point in prices due to the volumes of blueberries that come from Peru and Chile. But if carriers and retailers do the right job of moving volume and promoting fruit when needed, prices shouldn't be affected. Prices are currently similar or slightly higher than at this time last year. Looking ahead, the next few weeks will continue to see increasing volumes of blueberries from both Mexico and Peru, and to meet those volumes there will be continued healthy demand.

Licensing of device to measure firmness of blueberries awarded