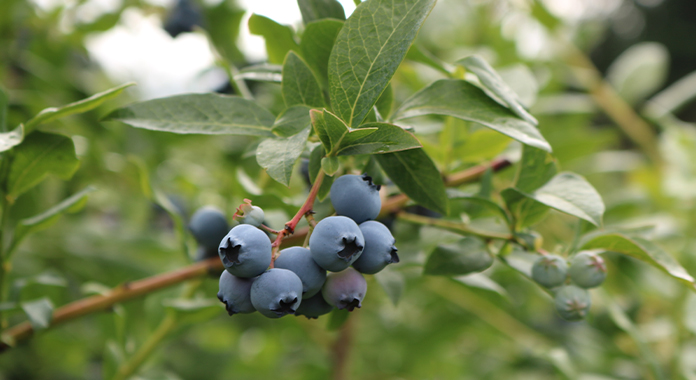 El climate This week's impact in the eastern US was evidence that September is at the peak of the Atlantic hurricane season. As soon as grower-exporters began to see the fields dry out enough to harvest after Tropical Storm Fred last month, the Hurricane Ida arrived and made landfall near New Orleans. Harvests were reduced in Tennessee, Louisiana, Georgia, Alabama and North Carolina this week as carry-overs from Ida caused rains and wet fields. Further north, Ida's rains triggered flash flooding in New York City and other areas recently flooded by Tropical Storm Henri.

The high tide and floods affected trade in the markets, especially in the city of NY, and for carriers looking to unload products in markets. The Hurricane season in the Pacific has had a less direct impact on the western United States to date this year, although several storms have caused damage and loss of life in some areas of Mexico.

Exceptionally long wait times to unload moorings at major ports, including Los Angeles and Long Beach, are at an all-time high. This affects all aspects of the market, from the quality, condition and value of the product, to the availability of the product in the market. A recent media report indicated that up to 48 boats they were anchored waiting to be unloaded.

Se que el ESPERA Michigan blueberry movement decrease dramatically as the season ends. Trade was moderate at higher prices with variable fruit quality. The same movement is expected from blueberries from Oregon and Washington. The bargaining was moderate at the beginning and quite active afterwards at higher prices. Shipments approach equal amounts of freshly picked products and supplies out of controlled atmosphere storage. Late varieties are being collected, including rabbit eyes.

The quality is still good overall, but the supplies are dwindling and some light showers are recorded in coastal growing areas. Movement from British Columbia, Canada across northwest Washington is expected to be about the same with the Draper, Liberty and Elliot varieties being harvested. The bargaining was moderate at the beginning and quite active afterwards at higher prices. Seasonal cooler temperatures and light rain were reported this week. High freight rates and fruit from competing growing areas continue to hamper sales to both coasts.

It is expected that Peruvian imports increase arriving through Southern California movement by ship, despite possible delays due to unloading delays at ports. Trading was very active at higher prices. The movement of Peruvian blueberry imports arriving through the Philadelphia and New York areas by ship is expected to increase. A reported active trading at higher prices.

Crossbreeding of Mexican cucumbers through Otay Mesa is expected to increase. The negotiation was moderate at the beginning and active later, at higher prices. Demand has improved before the Labor Day holiday weekend, but most current shipments are still from previous reservations or commitments. Mexican cucumber crosses through Texas are expected to be roughly the same, with an active trade in light supplies. Prices were higher in the large ones and slightly higher in others. The quality is variable.

Micro meshes for the elimination of thrips