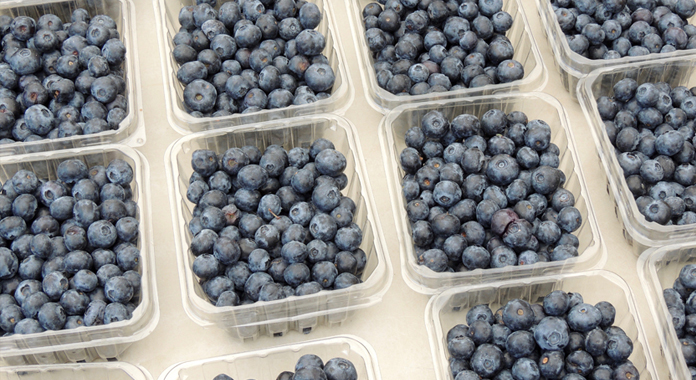 A pair of unlikely senators, Democrat Kyrsten Sinema of Arizona and Republican Jerry Moran of Kansas, are asking US Trade Representative Robert Lighthizer to be careful that his investigations into imports of blueberries and other blueberry products Mexico does not result in a skirmish that disrupts trade. flows that are already strained due to the COVID-19 pandemic.

"As investigations continue, we ask you to recognize the importance of cross-border trade and consumer preference and urge you not to take any action that would harm the significant economic benefit of the agricultural industry to the US economy," the two senators warned. . Lighthizer in a letter.

Lighthizer recently announced that his agency has begun an official Section 201 investigation into allegations that Mexico is exporting blueberries to the United States at unfair prices.

“Many family farms have become victims of increased imports and are being forced to abandon commercial production as other countries increase production to deliberately target the US market,” said Brittany Lee, executive director of the Producers Association. of Florida Blueberries. "If something is not done, we will lose the blueberry industry in the United States."

But Sinema and Moran argue that American consumers depend on supplies from American and foreign farmers and that there is room for both in the American market.

“For example, Mexico, Peru, Argentina, and Chile supply blueberries out of season, ensuring that American families have access to fresh berries even during the winter months, while allowing American growers to respond to the increased demand for other products during that time. of the year, ”the senators said in the letter to Lighthizer. "Filling the gaps in our strong domestic industry is important to ensure that consumers have access to products throughout the year."

But that ideal relationship is not the reality, says Jerome Crosby, a Georgia farmer and chairman of the board of the American Blueberry Growers Alliance.

"Due to booming domestic demand, we should enjoy a market where there is room for domestic and foreign producers to benefit," Crosby said. “However, foreign government policies targeting the United States market and large corporate import interests have combined to bring large volumes of blueberries to our market, increasingly during periods that in the past provided growers with the most part of your income and often all of your earnings for the year. "

But American agricultural groups such as the American Food Industry Association, the American Soybean Association, the National Wheat Producers Association and the Meat Institute of North America argue that the investigations could alter the new business relationship in the framework of the United States-Mexico-Canada Agreement and result in the arrival of a new tariff. on both sides of the US-Mexico border.

"As our industry continues to recover from COVID-19-related market shocks and supply chain disruptions, the last thing we can afford at this time is additional uncertainty and higher tariffs," the agricultural groups said in a recent letter to Lighthizer.

On February 11, the USITC will vote on whether the importation of blueberries into the US has caused damage to the local sector or not