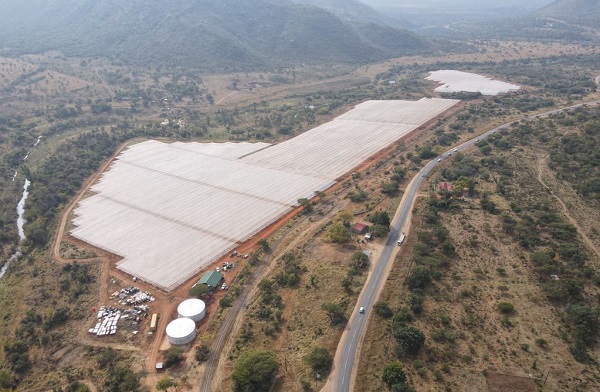 By next month the establishment of a first phase of 98.000 blueberry plants will be completed on land provided by a mining company, and by next year the first harvest of approximately 300 tons will be ready for export.

Pan African's investment is aimed at creating jobs and contributing to long-term prosperity by empowering local communities through skills development and training, the company says.

“We are very pleased to partner with Pan African Resources. I don't think there has been anything on this scale before, I have not seen agricultural organizations go straight to the face of coal. He is a trendsetter for where such collaborations can go, ”says Derek Stanford, CEO of Primocane Capital.

The blueberries will be packed under the BerryWorld brand. “We've been with BerryWorld for a couple of years and we like their model with good producer support and good marketing,” Derek says. "We really enjoy working with them."

The mining company has said that the blueberry project, in its eventual extension of 50 additional hectares, is expected to employ up to 800 people (most of them seasonally) where so far, it notes, most members of the local community have not employed by the mine depend on social subsidies and informal jobs to survive.

“We are well aware that one mine cannot employ everyone in the surrounding communities and we wanted to create a parallel economy that not only provides additional employment, but creates other sustainable economic opportunities for the city long after the life of Barberton has passed. Mines ». says Cobus Loots, CEO of Pan African Resources.

He adds that in this initial stage of the project, they have already begun to see benefits in the well-being of the communities around the farm.

The Department of Mineral Resources and Energy recently stayed at the Blueberry Farm which is located just a few miles from Barberton Mines Fairview Gold Mine.

Douglas Rodríguez, from Hortifut: "The Mexican industry is moving towards diversification"

The Italian blueberry industry within the European framework