Substrates, an alternative to the lack of quality soils

These compounds, which have different origins and uses, are capable of creating nutritious and chemically stable environments for crops.

When a crop does not have a good quality soil, either because it does not have the physical, chemical and / or biological characteristics or because it lost its conditions, it cannot express its full potential.

One formula to deal with this situation is to use the so-called substrates, which are solid materials of organic and inorganic origin (minerals), which when used instead of the soil in some type of container, such as pots, bags or speedlings, are able to isolate and create nutritious and chemically stable environments for crops.

When and how to apply substrates

Although the substrates can be used during all stages of the crop, the best, for a matter of costs, is to use them during the early stages of plant development, especially in nurseries.

“The ideal way to apply the substrates is to fill near the 70% or 75% of the container with substrate and the rest with earth. In this way, the risk of generating any type of root damage in the plant will decrease ”, advises Felipe Millar.

“These elements provide greater benefits compared to conventional soil, since they allow the correct anchorage and protection of the radical system of the plant (secondary roots that emerge from the radicle). In addition, they provide greater water retention, which helps to properly hydrate the crop, ”says Felipe Millar, head of branch of the southern area of ​​Protekta, a company specialized in the commercialization of organic and mineral substrates.

Although they are often used in various fruit and vegetables, such as tomatoes, blueberries, Italian zucchini and hydroponic crops, among others, experts comment that it is not correct to associate the use of a substrate with a particular crop, because the composition of These elements could vary with each use, affecting the final results.

“This does not work with recipes. The steps can be repeated over and over again, but the results can always vary. This applies even to those farmers who form their own substrate with local materials, ”emphasizes Constanza Jana, a researcher at INIA Intihuasi and an expert in vegetable improvement.

Therefore, the choice of the substrate to be used should be based on the problem to be solved, the species being cultivated and the particular conditions of the project, that is, if the plants are under greenhouse or outdoors or if Production occurs in winter or summer.

A range of options

These compounds, which have different origins and uses, can be used alone or mixed.

The range of existing options is wide. Among the substrates of organic origin include peat, composted organic matter (such as tree leaves, grass, pruning remains), wood by-products (bark, sawdust, shavings) and treated or treated sludge; while in the case of inorganic substrates are vermiculite, perlite, sands, calcined clays and other mineral by-products such as metal oxides. In the latter category are some synthetic products such as polyurethane foam, expanded polystyrene and processed products such as rock wool.

However, the most used alternatives, when it comes to container crops, are vermiculite and mixtures of peat and perlite and coconut fiber and humus.

Peat is an organic material from moss, capable of retaining up to 20 times its weight in water, which makes it a very useful substrate for warm environments where the availability of this resource is low.

A good peat comes from sphagnum moss and is characterized by a brown to slightly brown coloration and a pasty consistency.

Perlite, meanwhile, is a type of inert volcanic glass, which when used as a substrate adds porosity and protects the roots of the crop.

Thus, when using the combination of peat and perlite, it is expected that the plant not only retains a large amount of water but also has the necessary aeration so that its roots can develop properly and are functional.

"In the case of occupying the mixture of peat and perlite, it is best to combine both substrates in a proportion of 70-80% of the first and 30% -20% of the second," warns Constanza Jana.

The idea, says the expert, is that both products are mixed manually until a compound is distributed evenly.

Although the peat comes from a moss, this does not imply that with its use the plant will obtain all the necessary nutrients to develop well. Therefore, in parallel, nutritional management should be carried out that meets the needs of the crop in question. 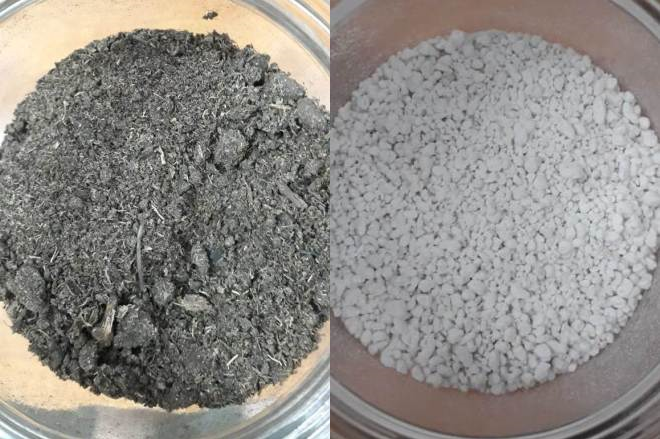 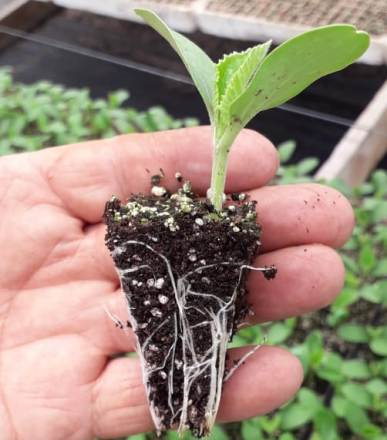 While coconut fiber is a residue that is obtained from coconut fruits and, among other things, promotes electrical conductivity and regulates soil pH levels; humus (or vernicompost) corresponds to organic matter that has had a decomposition process in which Californian worms have participated.

Thus, the mixture between these two elements is very attractive for plants, because it delivers a high proportion of nutrients and minerals and strengthens the mycorrhizae, which corresponds to the natural defenses that the crop has in its roots. In fact, it is usually used in species grown under greenhouse or outdoors (although always in a container), especially in Solanaceae such as tomatoes; cucurbitaceae like the Italian zucchini; Cranberries and hydroponic crops. 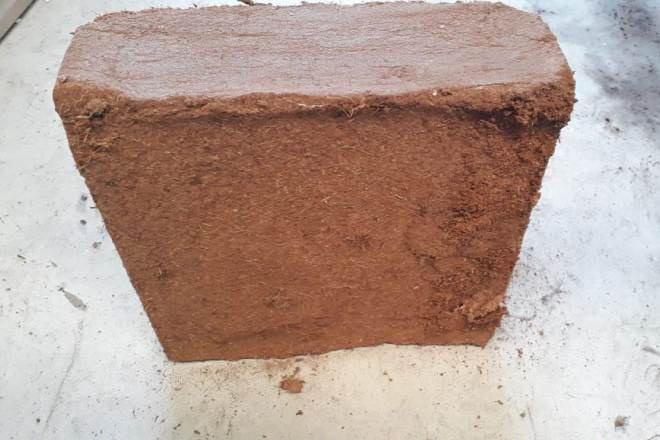 Coconut fiber substrate in brick format. This format is in which this product is usually marketed. Credit: Felipe Millar - Protekta

“If you intend to use this mixture, the ideal ratio is 60% coconut fiber and 40% humus. This combination will allow to maintain a high humidity and a great diversity of mycorrhizae ”, indicates Constanza Jana.

Despite the benefits that it is capable of generating, the use of this mixture in the country has progressed slower than expected, largely due to its high cost.

In any case, he argues, the mixture of coconut fiber and humus has greater retention power, both water and minerals, than peat and perlite, so the investment is justified.

This naturally occurring mineral, which is usually extracted from open pit mines, is considered a compound, because in its structure you can find aluminum, iron and even magnesium, elements that are very beneficial for any type of plantation.

One of the peculiarities of vermiculite is that its grains have a great capacity to expand - they can increase their size between 8 and 20 times - when they are exposed to high temperatures for long periods of time.

“This expansion, which is due to the fact that its grains have a large amount of water inside, protects the roots from high temperatures, so it is estimated that vermiculite is suitable for those plantations that are not under cover and the sun comes directly to them ”, warns Felipe Millar.

It is important that producers know that some years ago vermiculite was at the center of the controversy because several studies showed that in its natural state it contained asbestos. In fact, from that, it was agreed that before being marketed the material must be treated.

"For the same reason, if a producer wishes to acquire vermiculite, it is highly recommended that he do so in an authorized store, not clandestinely," emphasizes Constanza Jana. 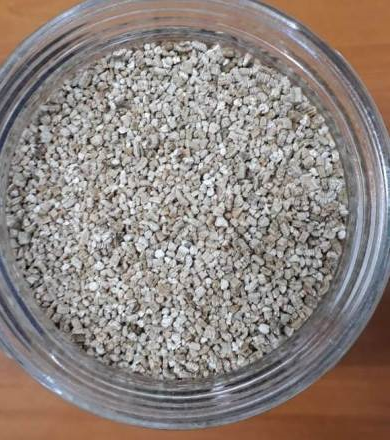 However, he warns that these options are not as sustainable or homogeneous in their concentration as are peat, coconut fiber, perlite, vermiculite or humus. Therefore, it recommends its use only when the producer does not have the availability of the aforementioned substrates.

Microbiological Parameters in the Primary Production of Berries: A Pilot Study