Sea and air freight rates remain the same, but there are signs that they could begin to fall 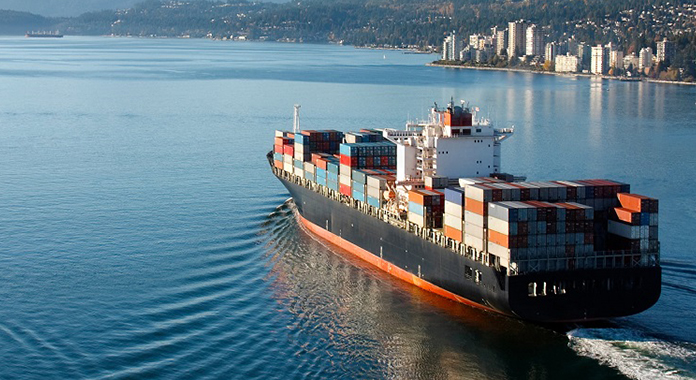 High ocean freight rates were expected to return to pre-pandemic normality, and with a significant drop in rates heading into 2022, it was predicted that rates could continue to decline throughout the year. As shown in the Ocean Freight Rate Tracker de Ti: Q2 2022, the first quarter of the year has at least delayed these hopes for now. Rates have risen since the fall in Q2021 2022 and continue to rise in the first month of QXNUMX XNUMX. Rates backhaul (return path) also remain somewhat elevated from their pre-pandemic levels, reported Ti.

Volume, despite already being at high levels, has continued to increase overall in Q1-22, especially on the US West Coast (USWC). In Oakland the volume grew 13,2% compared to the previous quarter, and in Los Angeles and Long Beach 7,3% and 7,5% respectively. This continues to cause port congestion, a major factor contributing to keeping rates high in 1Q-22. Statista data shows that, on average, 11,1% of global shipping capacity was lost to congestion in 2021, up from 2,3% in 2019. This continues to rise in Q1-22, with the congestion causing the loss of 12,7% of global capacity on average in January.

There are signs that the conditions are being created for rates to start falling. While the COVID-19 lockdowns in China may themselves cause disruption, this may begin to provide limited but much-needed relief from the congested ports of the USWC and also the now increasingly congested USEC.

Participants in the shipping industry do not believe that the second quarter of 2022 will mark the beginning of the end for high ocean freight rates. The Maritime Transport Confidence Index of Ti, which tracks shipper and carrier expectations of rate developments, stood at the end of April just below the 50-point mark, indicating an expectation of moderate rate increases in the coming months.

However, the proportion of respondents who believe rates are going to "increase significantly" fell by a third between January and April, suggesting that many see upward pressures weakening.

Air freight rates have been similarly high during the pandemic on supply-side issues, and the debate has also focused on when the return to pre-pandemic levels will occur, although, as described in the post Air Freight Rate Tracker de Ti: Q2 2022It doesn't look like it's soon. Both the transport rates of head haul such as Backhaul they have trended upwards since the beginning of 2021.

Air freight capacity has continued to increase after the huge recovery in early 2021. The return of capacity has allowed pent-up demand for air cargo over 2020 to start to be released. In this environment of increased capacity and release of pent-up demand, it would not be unreasonable to expect a drop in rates.

There are several explanations why this has not been the case. The war in Ukraine and the subsequent sanctions and restrictions have affected the capacity of the transatlantic route and have caused major disruptions on the East Asia-Europe route. Spot jet fuel prices have risen since early 2022, partly influenced by the conflict. Chinese restrictions due to COVID-19 have caused new disturbances on the Trans-Pacific route. There has also been a significant shift from shipping to air shipping in response to shipping disruptions and congestion.

While it is true that air freight rates react more quickly to external factors than sea freight, the problems causing continued upward pressure on rates are not going to improve any time soon. The war in Ukraine seems to have no end in sight, the Chinese government remains steadfast in its Covid zero policy, and the disruption to shipping continues.

Taking into account the combination of factors driving shipping, it appears that the direction of ocean rates in the second quarter of 2022 will be little changed from the previous quarter. Although more volatile, a similar picture is presented for air freight in the second quarter. However, growth prospects for major economies look increasingly pessimistic, with the possibility of a global recession in the second half of 2022 becoming more likely. If so, the contraction in demand could be what is needed for freight rates to finally return to pre-pandemic levels.

The Austral Blueberries continue to conquer the world despite the obstacles