The researchers advise rethinking the design of the artificial hives, in such a way as to recreate the conditions of the natural nests of the honey bees inside the cavities of the trees. 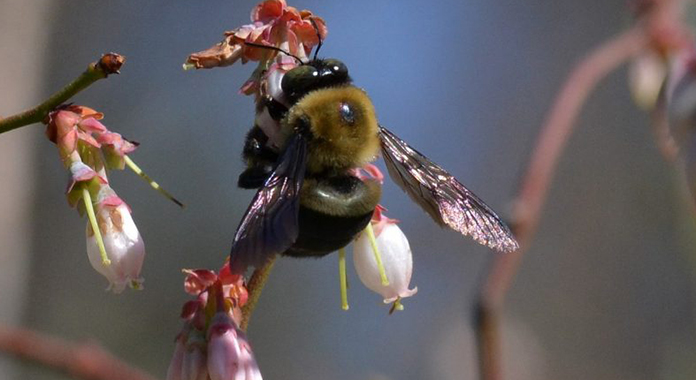 Bees directly pollinate 90% of plants, making them one of the most important living beings in the field of food production in the world, contributing approximately one third of the food produced on the planet.

In the case of the United States, as in most of the world, the number of honey bee colonies has decreased at an average rate of almost 40% since 2010. The biggest contributor to this decrease, in the North American case, is the virus spread by the parasite, varroa destroyer, what your, According to specialists, it is not a natural situation, because this parasite is transmitted by the practices of beekeeping itself, by keeping the bees in conditions very different from their natural home, which was originally in tree holes.

The researchers explain that heat losses in artificial bee hives are many times greater than those in natural nests and that it has also been shown, using sounding engineering techniques, that the current design of artificial hives also creates levels of lower humidity that favor the parasite varroa.

The researchers advise rethinking the design of the artificial hives, in such a way as to recreate the conditions of the natural nests of the honey bees inside the cavities of the trees, which created high levels of humidity in which not only the life of these insects, but they prevent the parasite from varroa reproduce.

The life of the colony of honey bees is intimately intertwined with the characteristics of their home and in a sophisticated way they choose their nests of the correct sizes and properties. In fact, the nest can be seen as part of the honey bee, in a concept known in biology as the "extended phenotype," which refers to all the ways a creature's genes affect the world.

Nests allow honey bees to adjust their environment in a way that allows them to control airflow, water vapor, and heat, so they select a hollow tree with a small entrance at the bottom, which makes hot air is less likely to escape. They then modify it by applying an antibacterial tree-resin vapor-retardant sealant to the interior walls and any holes or cracks. This prevents hot air from escaping and helps maintain the correct level of water vapor. Then, inside the nest, the bees build their honeycomb of thousands of cells, each providing an isolated microclimate for honey production or the cultivation and reproduction of larvae.

Today's hives bear little resemblance and very few of the properties of the natural nests in which honey bees evolved. In the XXI century we use beehives designed more than 100 years ago and based on ideas from 1800.

Artificial man-made hives are square, 45 inches tall, constructed of thin wood, with wide entrances and large wire-mesh openings below. They are utilitarian designs that were intended to be cheap and so that beekeepers can easily access the bees and extract the honey.

Most of these man-made hives have seven times the heat loss and eight times the entrance size of tree nests. This creates the lowest humidity levels that favor the parasite.

The researchers advise that simply building hives out of polystyrene material instead of wood can significantly increase the survival rate and performance of bees.

Freshfel Europe defends the competitiveness of the fresh produce sector...