A look at French reality

After a long period of very slow growth of the French blueberry orchard, the plantings have sped up a bit in the last 2 years. At present, the cultivation of blueberries is still anecdotal, with just under 500 ha of planted area and producing. 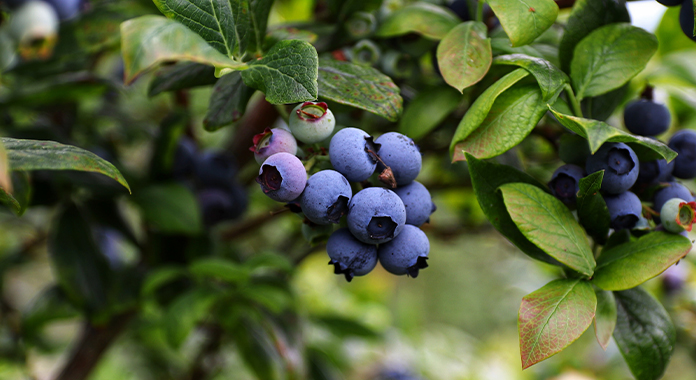 The case of France

In the context of the global blueberry industry, there is much ignorance in some regions regarding their organizational reality, the state of their crops, their participation in the markets, or the qualities of their fruit. This is the case of France, which we know has the French Union of Blueberry Producers (SPMF), which currently brings together almost 30% of the producers, and tries to unite, organize and promote the sector with the perspective of strengthening the industry.

After a long period of very slow growth of the French blueberry orchard, the plantings have sped up a bit in the last 2 years. At present, the cultivation of blueberries is still anecdotal, with just under 500 ha of planted area and producing.

“Several barriers limit its development, firstly, the ignorance of this fruit and its cultivation in France. Then there is the agronomic factor, the quality of the soil and the possibility of irrigation. Finally, an important point is the scarce availability of labor and its cost much higher than in the rest of Europe ”, comments Côme Lapierre, communications manager at the SPMF. The French executive tells us that there are only 4 large orchards of more than 30 ha in the region and the vast majority of the orchards are small structures of less than 5 ha, oriented towards direct or local sales.

“This composition of the garden is directly related to labor issues. New projects generally refer to surfaces from 4 to 10 ha for a fresh fruit appraisal. As far as I know, there is no orchard or project devoted solely to transformation ”, he comments and relates that approximately half of French production is grown organically.

The varieties planted are very diverse, mainly Duke, Drapper, and Bluecrop, and the vast majority of blueberries grown in France are Northern Highbush, but recently some Rabbiteyes plantations have been made in the south. In addition, with the increase in the region of the medium temperature, tests with Southern Highbush are being carried out. Many older varieties like Darrow were adapted to short circuits or "self-picking". In recent plantations, we consistently find Legacy, which is claimed
as a safe value. Many varieties of American selections are tested (Michigan and Oregon), but the orchards are too young to identify the best.

“The garden is traditionally planted in 3 * 1m on ridges in general. The recent trend is to densify 2,2m * 0,8m for the most extreme. For 2 years, projects have also been emerging on the ground, these will allow the cultivation of blueberries in certain regions where the soil was not suitable ", says the member of SPMF.

The interview can be found exclusively at digital and acquire the BlueMagazine for free on paper, in person, at the launch that will take place in the XX International Blueberry Seminar, to be held at Expo Guadalajara on June 2 and 3.

Juan José Flores, CEO of Aneberries and the social story of the Mexican industry