China simplifies regulation to facilitate access to its markets, one more step towards opening up its economy 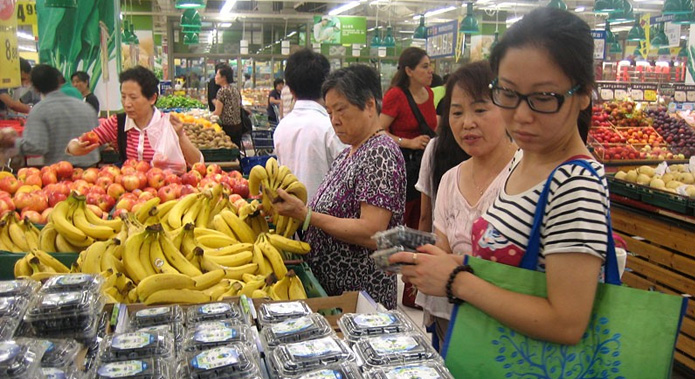 China has reduced and simplified the sectors subject to restrictions for foreign investors and companies, in a new step towards the announced opening of its economy amid trade disputes with the United States.

The so-called "Negative Market Access List" is more specific than the previous ones and contains 151 articles and 581 specific measures, which implies a respective reduction of 177 items and 288 regulations compared to the previous version.

The list was released on Tuesday by the Ministry of Commerce and the National Development and Reform Commission (NDRC).

According to this, only four sectors will be completely restricted to foreign investment, while the rest will require government approval, according to the NDRC.

The industries that require approval include the manufacturing, transportation and storage sectors, the retailer and wholesaler, finance, culture and entertainment, among others.

According to the authorities, the approval of this list also seeks to improve reciprocity for foreign companies, which have complained repeatedly that Chinese firms enjoy many more freedoms and facilities to operate in their territories.

"The list will help the market to play a decisive role in the allocation of resources and will provide a stable, fair, transparent and predictable business environment for all," said the director of the NDRC's Economic System Reform Department, Xu Shanchang. statements collected by the state news agency Xinhua.

According to Xu, all entities "can invest and operate in any industry, sector and business that are not included in the list under equal conditions."

He also indicated that foreign investors must respect the Negative Foreign Investment List, which came into effect in July of this year, as part of the so-called national treatment prior to the establishment, in addition to this recently updated Negative Market Access List.

The document published on Tuesday differs from the negative list of June in the fact that it applies to all companies doing business in China, not just to foreign companies.

Then, the organ detailed the opening in sectors such as banking, heavy industry, automobile or agriculture.

However, experts say that the new list - published while China and the United States have new trade negotiations - has a symbolic value, since the key sectors of the Chinese economy are still not available to both foreign and domestic private companies.

"The list is symbolic, but it offers a clear message that there will be greater market access for private companies, both foreign and Chinese, which will be given opportunities in some areas, such as manufactures," he said today. analyst Ding Haifeng, of the consultant Shanghai Integrity Financial.

Bird Management in Blueberries and Grapes