Peru: Cranberry and Potato boost exports from the northern regions 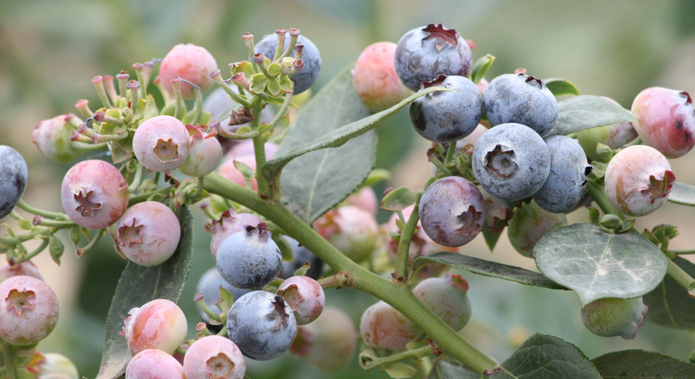 This year is very positive for Peruvian exporters, especially those regions that have achieved impressive figures by selling their products to different markets around the world.

According to the figures provided by the Ministry of Foreign Trade and Tourism (Mincetur), until October of 2018 the exports of the northern regions of the country grew on average 16.5%.

He pointed out that this growth is explained by higher sales of squid (+ 75%), shrimp (+ 6%) and blueberry (+ 51%), the latter reached national export record after its start of the campaign. According to Mincetur, the greater growth of these goods compensated the lower export of gold (-10.9%).

Mincetur highlighted that the northern regions of the country are the ones that are increasing their exports (+ 16.5%), especially Lambayeque (34%), Piura (32%) and Áncash (+ 28%).

Of this group of regions, Lambayeque stands out that, according to the Mincetur, you will get about 500 millions of dollars for your sales abroad, thanks to the greater export of avocados, blueberries, balanced foods, mangoes and grapes.

Mincetur recalled that almost the 80% of the Lambayeque exports They are non-traditional products.

In this regard the Minister Edgar Vásquez Vela said that this behavior is due to the good performance of fruits in the northern region (35% share).

"Some fruits reached record national and regional export figures, such as avocados, blueberries and mangoes, due to the greater harvest and export during their seasonality," he said.

Vásquez Vela indicated that along with Lambayeque Cusco, Arequipa and Ayacucho registered an important dynamism in their exports throughout the 2018, scenario that will allow them to reach record export values ​​at the end of the year.

"These regions will achieve historic records in their exports due to higher sales of minerals, such as copper and zinc, but also to agricultural products, such as avocados and blueberries," he explained.

Mincetur reported that in the January-October period of 2018, Peruvian exports grew 10.3%, bordering the 40,000 million dollars.

Bird Management in Blueberries and Grapes

Andrés Couve, Minister of Science, Technology, Innovation and Knowledge: "Knowledge must be at the center of the development model"