Carolina Rodríguez: "We have to renaturize the peat bogs in Chile" 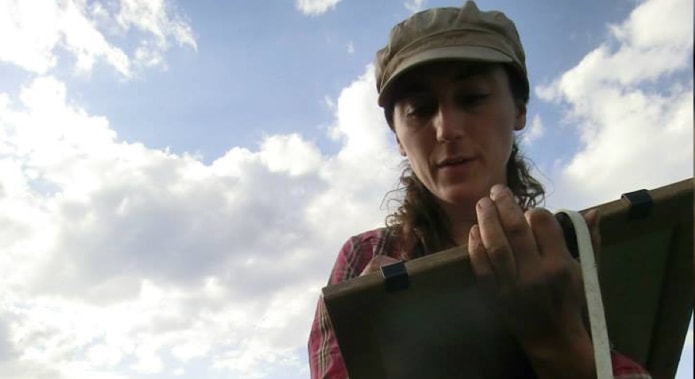 Carolina Rodríguez is a sociologist and agrarian scientist specializing in the conservation and restoration of wetlands and peat bogs. He has multidisciplinary skills in research, planning, execution and evaluation of socio-environmental projects linked to the protection of these ecosystems. The researcher focuses her strengths mainly on the deep and analytical understanding of human-landscape interaction and the capacity to integrate local communities in the planning of their territories.

The researcher Carolina Rodríguez is a specialist in wetlands and has done postgraduate courses in Germany on wetlands and peat bogs. Her work has focused mainly on the study of these ecosystems in Chilean Patagonia and is one of only two Chilean doctors in the field.

What is the difference between wetlands and peat bogs?

A wetland is an ecosystem in which an aquatic and terrestrial environment intersects. A peat bog, therefore, is a type of wetland. This ecosystem has the differentiating characteristic that the remains of the plants that inhabit it have accumulated in the humid soil, forming a stratum of at least 30 cm composed of at least 30% of semi-compost organic matter known as peat. The peat is therefore a type of soil that through hundreds of years of sustained accumulation can give rise to an ecosystem called peat bog. Since the vegetation of the peat bogs is what gives rise to the peat, we can affirm that the peat bogs are ecosystems that produce their own soil.

Is the peat differentiated according to the vegetables it contains?

Exactly! To understand this principle we must first take into account that the formation of peat depends on the chemical composition of the vegetation that predominates in an ecosystem, the resistance of that to the microbacterial activity, the pH value of the water and the level of saturation of the soil . The plants with the greatest amount of non-labial components will be those that, when their parts decay, contribute more organic remains to the formation of the peat. The plants whose composition is less rich in sugars, and whose remains are deposited in soils saturated in water and with an acidic pH value, will be less desired by a good part of the decomposing microorganisms of the soil. Likewise, the soil water level will exclude or include aerobic microorganisms in the buffet. Therefore, the plants that form the peat are not all those that live in the peat bog, but rather those whose tissues have greater subsidence, being their decomposition dependent on the pH and the water level of the medium where the remains are deposited. These factors imply that the remains of vegetation that accumulate forming the peat, remain semi-composed and are recognizable to the human eye as "macro-fossils". And since the formation of vegetation does not only depend on ecological factors, but also on climatic factors, it is possible to find remains of plants in the stratigraphy of the peat bogs that allow us to know the paleoclimatic conditions from the origin of the ecosystem (lower limit of the horizon more deep of peat verified with borehole) to the present (current vegetation forming peat). In other words, there are different types of peat, depending on the vegetation that has given rise to it. The peat that forms in a forest of raffia palm trees is different from the peat moss Sphagnum magellanicum that is formed in the high latitudes of the planet, and thanks to the peat bogs are saturated environments, it is possible that we recognize the macrofossils of both in their respective peat bogs.

How many types of peat are there?

That depends on the classification used. Worldwide, botanical classifications are the most used. These are based on the types of plants that form the peat (types of moss, wood, etc.) and on the species or plant family that dominates peat substrate (brown moss, sphagnum moss, alder wood, cypress wood, ericaceous, amorphous peat, etc). Another simpler classification that annuls the botanical diversity, is the classification based on the texture of the peat, used by the WRB in the soil taxonomy, which only discerns between fibric, sapric and hemic. The botanical classifications provide more information about the ecosystem and therefore about the management and conservation strategies that should be used to protect them. Only in Aysén, after two years of master's research and four years of doctoral research, was it possible to identify 11 different types of substrates. Ten of them corresponded to types of peat and one of them to organic gyttja (a type of substrate that forms at the bottom of lakes and lagoons based on decanting detritus).

What do you mean when you talk about renaturization of peatlands and wetlands?

To return to these ecosystems the minimum conditions so that they recover their resilience and can regenerate themselves again.

Must they remain under the tutelage of the Mining Law?

In Chile, the peat is considered a mining resource. The stratum where vegetative life occurs (ie, the upper layer where the vegetation that gives rise to the peat grows), is the responsibility of the owner of the land, and in case of containing emblematic species (for example: Cypress of the Guaitecas), also the institutions in charge of the natural heritage (for example: CONAF). On the other hand, peat bogs are hydrogenetic ecosystems, that is, formed by the presence sine qua non of water. Therefore, they should also be under the regulation of the General Directorate of Water, DGA, but I do not know any policies that regulate the matter.

In what way and who should handle them?

I believe that public-private entities should ensure that they are conserved and protected, and that they can carry out monitoring, damage prevention strategies and risk and vulnerability assessments with full knowledge of the cause and integrating all those involved.

Can they be in private hands?

I think so, if these entities ensure what was answered in the previous question. Otherwise, the State should ensure that such entities do so.

Luis Luchsinger Lagos: "It seems essential to break with the 7 / 8 myth of cooling"

Accumulation of nutrients in blueberry fruits