Chilean blueberry exporters expect a harvest similar to a year ago 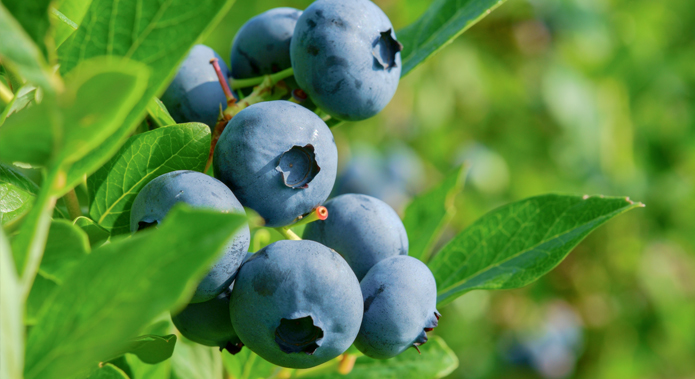 The season started in November, with 196.000 cases (563 tons) shipped to date (through early November) to the US “We will promote (blueberries) from December through February,” Brux said.

Variety replacement is ongoing in Chile, Brux said, and new varieties now account for 25% of the total volume.

Organic blueberries are also growing in volume. Eighteen percent of total blueberry exports this season are expected to be organic, Brux said. "The United States receives a greater allocation of organic, so the organic volume sent to this market could reach 28% of the total," he said.

The biggest challenges for this season in Chile are the availability of labor and port logistics, he said.

The lack of labor is expected to reduce the fresh harvest by 7% of potential production, a fact that has already been included in the estimate of 117.000 metric tons.

In addition, Brux said that the impact of logistical difficulties is very difficult to estimate and that exporters are currently working hard on scheduling shipments with shipping companies to minimize this problem that is affecting world trade. Congestion at US ports is also a cause for concern.

"None of these problems are new, so exporters and importers continue to solve them and take all possible steps to deliver the freshest and best-tasting blueberries to buyers," he said.

Brux said the Chilean Fresh Fruit Association is excited to return to in-store promotions this season and will highlight Chilean blueberries through in-store sampling.

“While we will start our promotions in late December and continue through early March, we will run numerous in-store and online promotions during February for everything from Valentine's Day to Heart Health Month and National Heart Day. Pancake, ”said Brux.

Chilean blueberries have the heart verification certification, and Brux said the Chilean Fresh Fruit Association will promote that attribute "whenever possible."