Shipping companies are said to be preparing large rate hikes in the short term as roll over becomes the norm, with rates rising mainly in Northern European and Mediterranean ports. 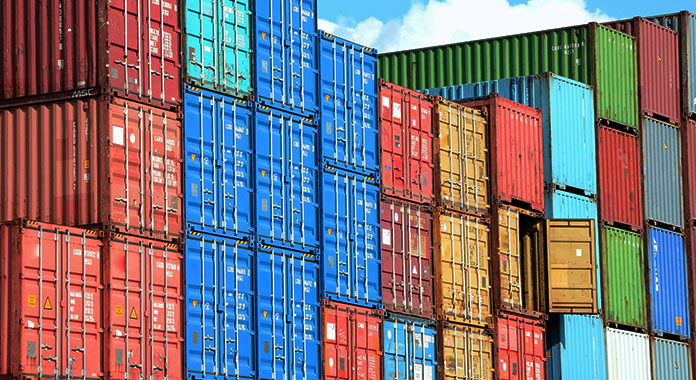 The Northern European component of the Freightos Baltic Index (FBX) increased by 5% this week, to $ 8,127 for 40 feet, representing a remarkable 475% increase in the same week last year reports The Loadstar.

For the Mediterranean, FBX spot jumped 10%, to $ 8,868 for 40 feetas shippers from Asia scrambled to find space to meet urgent inventory replenishment for the summer holiday season.

Short-term rates have soared by 345% "less spectacular" compared to 12 months ago.

The Ningbo Containerized Cargo Index Commentary reported that 'considerable cargo' was launched for Europe this week as demand for space "Stayed very high."

This week FAK freight rates to Northern Europe of up to US $ 14,000 for 40 feet, with a Shenzhen-based carrier offering a "very good rate", with guaranteed space, of US $ 12,000 for 40 feet from major Chinese ports to Felixstowe or London Gateway for a late May shipment.

In the transpacific, the spaces of the shipping companies have 'everything sold' during the rest of May and in June, with this week's spot rate increases from Asia to the west and east coasts of the US.

And no truce in demand for imports from Asia is in sight. The National Federation of Retailers of America predicted that restocking of low inventory levels by retailers will continue for several more months and into the peak season.

"The space in May is already full, and demand remained healthy until the beginning of the third quarter", said Jon Monroe of Jon Monroe Consulting, based in Washington state.

Maersk said this week that it had already completed more than 80% of its long-term contracts, but although the trans-Pacific season is almost complete, Monroe suggested that some shipping companies were "struggling with the transition" to new contracts.

“In many cases, the space for new contracts for companies that have changed operators is not available until mid-June. But will it be better then? I do not believe it", He said. "The problem this year is that carriers have undoubtedly reduced their MQCs to the record FAK / premium rate budget."

Health, taste and the environment: some of the reasons why organic products are sought