The historic supply of blueberries during the productive peak of the Peruvian industry brought with it a decrease in prices in the US market. 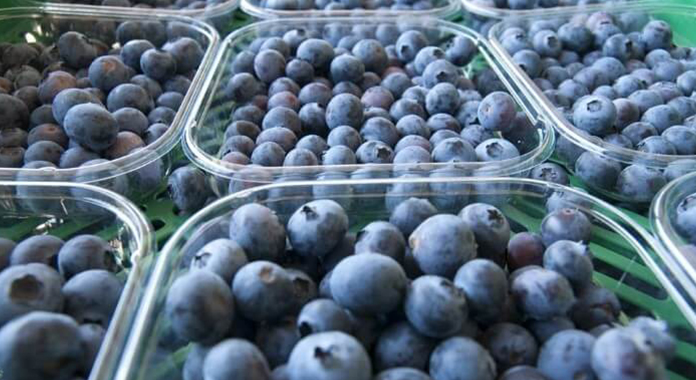 Mexico is one of the lucky industries that during the pandemic was able to strengthen its position in the global fresh blueberry market. With their main buyers 3 or 4 days away by land, the US and Canada, Mexican producers did not suffer the rise in logistics costs to export as seriously as those industries that need to ship their fruit by sea. .

After becoming the cradle of the new no chill genetics, the different cultivars in Mexico allow it to produce from September to June, reaching its peak between the end of February and the beginning of May.

However, worldwide, the 2022/2023 season has been affected from mid-October to November by the low prices of the fruit given the historic peak of exported fruit reached after the increase in supply. 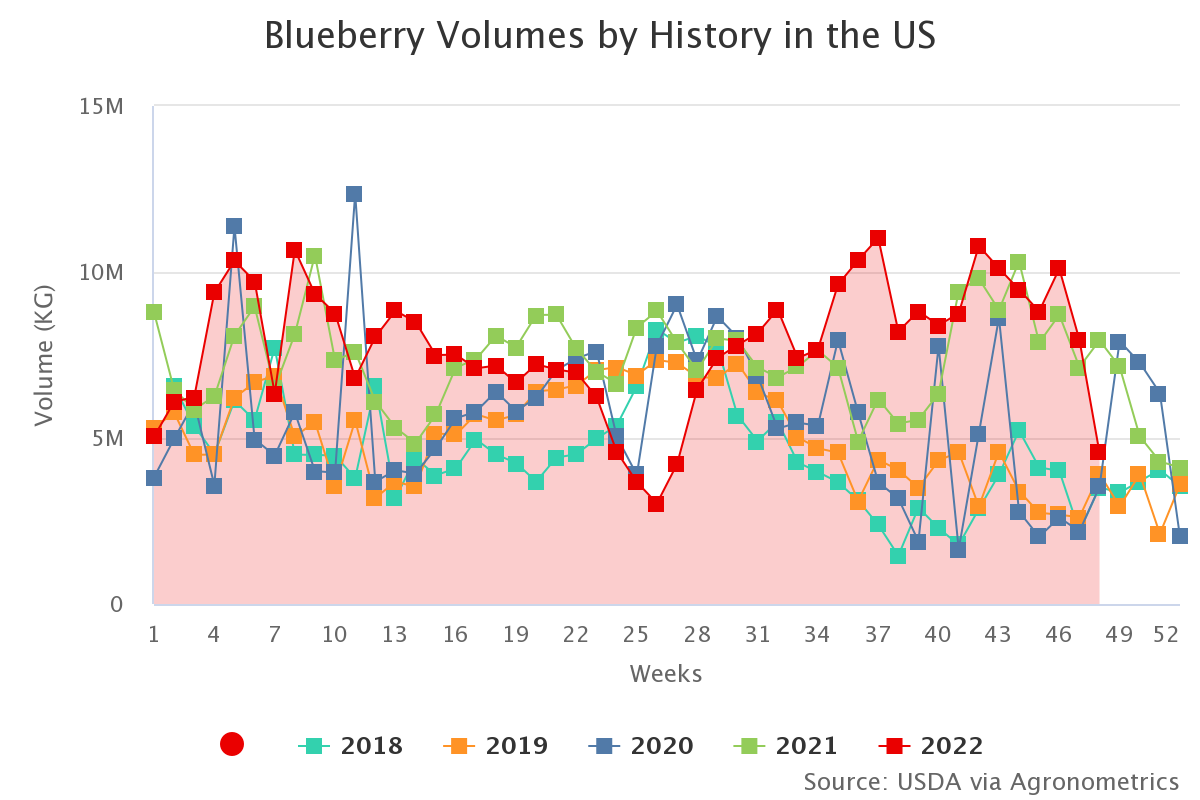 The US received nearly 2021% of Mexican blueberry exports during the 2022/97 season, according to data from the International Blueberries Organization (IBO). In this market, between week 37 and 45, the lowest prices per kilogram in the last 5 years were recorded. 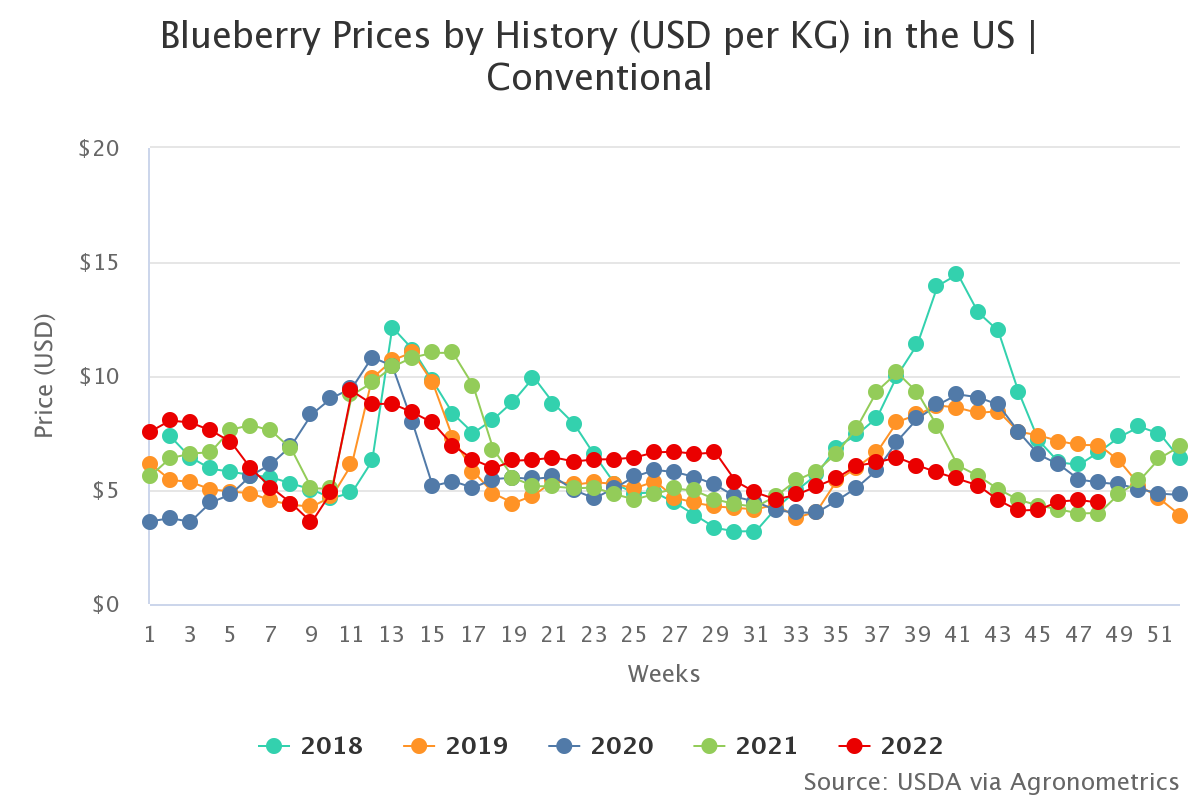 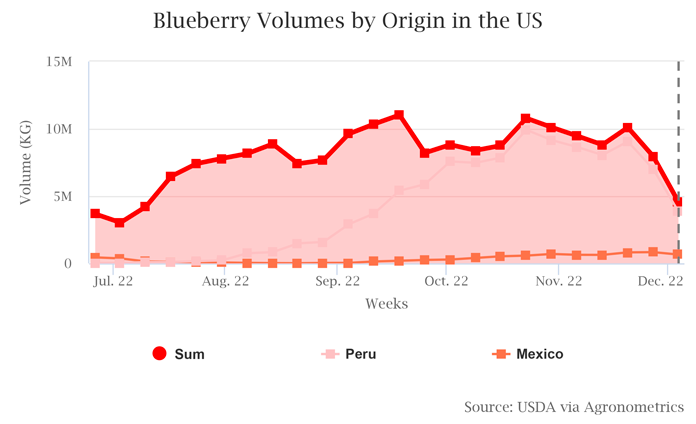 Peru reaches its productive peak between the end of October and November, with almost no significant competitors in the United States, except for the early season in Mexico. From week 37 to week 48, the last week for which data can be obtained in Agronometrics, Mexican blueberry production has been below the volumes reached during the 2021/2022 season. It can be observed and concluded from the data that it is the increase in the Peruvian supply that caused the price decrease. 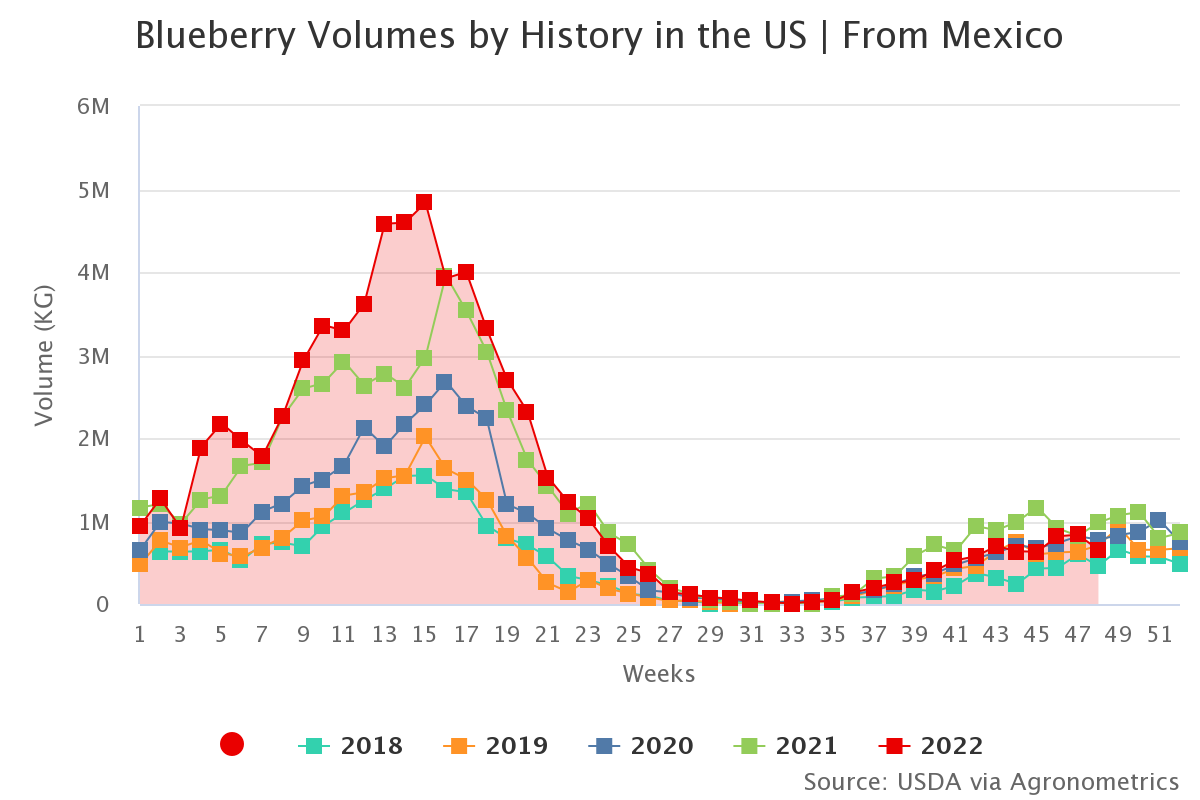 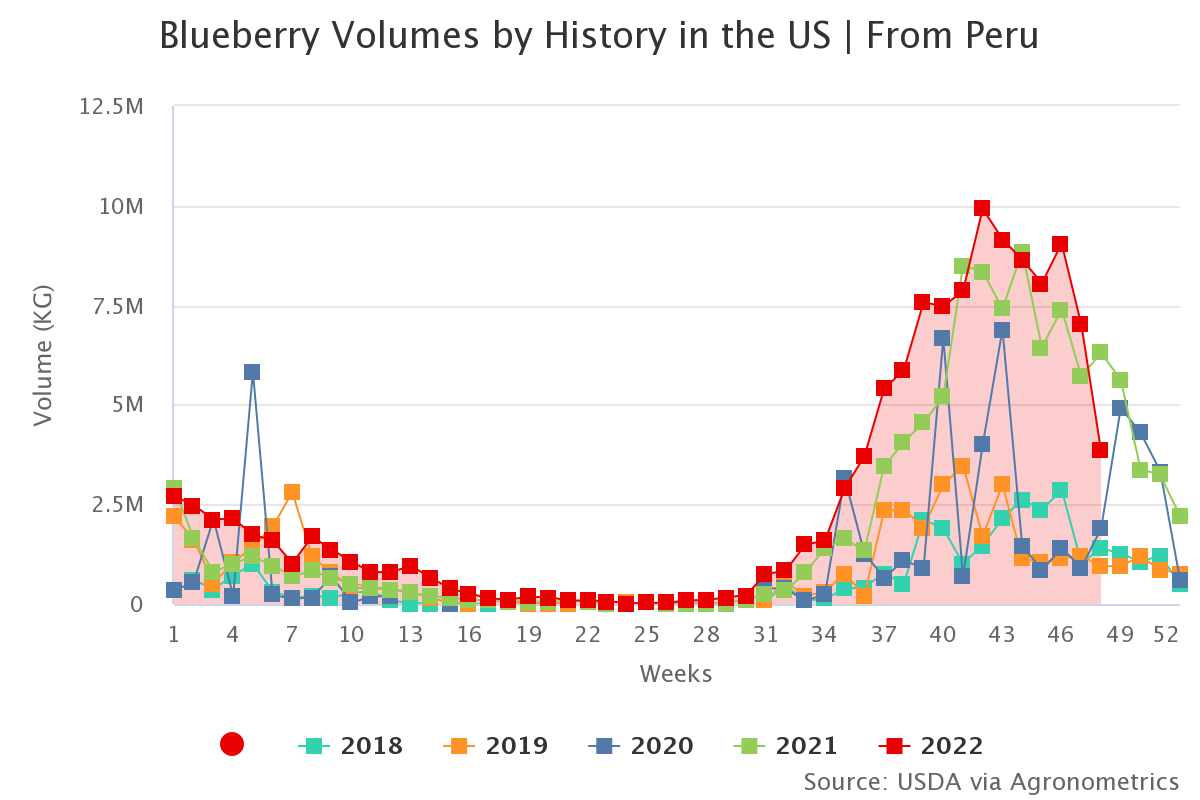 Through the social network LinkedIn, Juan José Flores, General Director of Aneberries referred to the current prices of the fruit in the US market. "They will continue to lower their (Peruvian) returns as long as the surfaces continue to grow and consumption does not grow (...) Let's continue working together to increase consumption worldwide," he wrote. 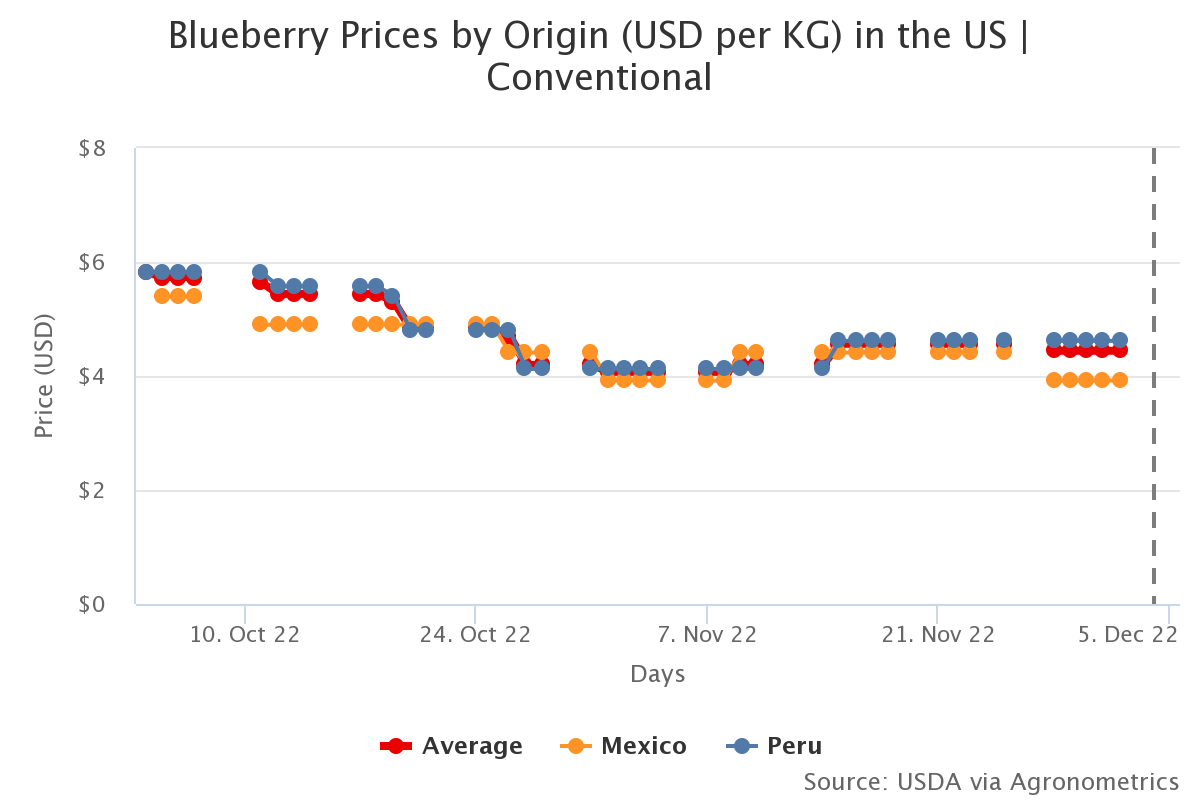 US blueberry prices are expected to improve as the Peruvian high season ends in early December. Since then, prices will depend on Chilean exports. This industry has already announced a contraction of 8% in exports of fresh blueberries. Therefore, depending on the quality of Chilean shipments, early Mexican producers will have an opportunity to supply the Chilean supply in the US market with better prices than current ones.

To obtain in-depth knowledge about the commercial and technical state of the blueberry industry in Mexico, we invite you to attend the XXVI International Seminar Blueberries Mexico 2023, which will take place at the Hard Rock Hotel Guadalajara on May 31 and June 01.