It is the largest organic blueberry producer in Peru. To date, they have been testing new varieties of blueberries, especially with Royalty, to make a difference in this industry. 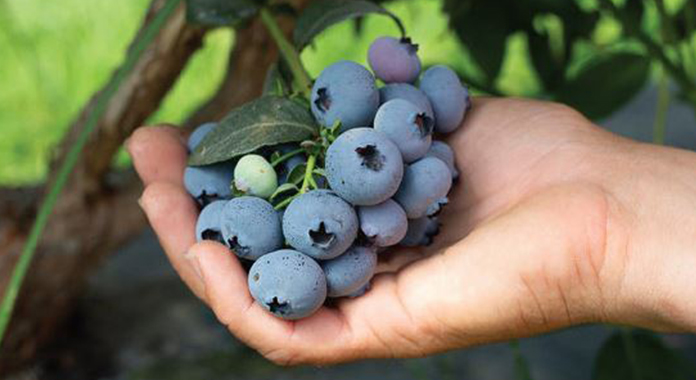 He stressed that the objective is reduce water consumption between 30% and 40%. This saving in water resources will allow the company install new blueberry projects.

Another advantage is that it will allow the crop to be managed with a controlled volume of substrate, thereby minimizing the risks of percolation, as well as reducing the use of common fertilizers.

For his part, the corporate commercial manager of Agrícola Cerro Prieto, Daniel Bustamante Canny, pointed out that his client has been testing new varieties of blueberries, especially with Royalty, to make a differentiation in this highly competitive industry.

He indicated that Agrícola Cerro Prieto has 29 varieties of blueberries tested, From which, after a few years, the varieties that are most appreciated in the markets they want to serve will come out.

“Among the attributes that we look for for our blueberries - apart from flavor and cosmetic quality - are the ability to travel. Peru is very far from the markets, so we need to arrive with varieties that can withstand that trip, "he said.

The company is innovating in the potted blueberry project. The objective is save a good percentage of water (save between 30% and 40% of water approximately) where for them it is very beneficial since it will allow them to install new blueberry projects with that water saving.

In addition, minimizes the use of common fertilizers (only use liquid organic fertilizers)

ACP is a company that is dedicated to the constant growth of developing agriculture, especially maintaining responsible agriculture. The company is committed to technology in each of the crops, it also takes care of the growth of its employees.

For 14 years, ACP has been developing projects that guarantee access to water, not only for crops but also access to water to the fields of the small farmers that are around. In addition, they have incorporated a series of controls at certain points that they consider critical to guarantee efficient use of the resource.

Agrícola Cerro Prieto is focused on organic blueberry production, but it also has a very important component of conventional blueberries, that seeks to complete its productive offer.

They are also exploring and testing new varieties all the time, especially the royalty to differentiate themselves a bit in an industry as competitive as blueberries.

Another way in which they seek to differentiate themselves is with certifications. To the date they have the most demanding certifications in food safety issues, quality, practical work, agricultural practices and water management, which allows them to reach markets as demanding as English or German.

The fund is designed to make efficient use of natural resources. They have a drip irrigation system, channels, filtering and reservoirs, which seek to make the most of the water and bring it to the crops using only gravity.

Blueberries: the landscape of an increasingly popular industry