Andrés Armstrong, Executive Director of the Blueberry Committee, due to a logistics crisis: "We have shipped about 9% less fruit compared to last year" 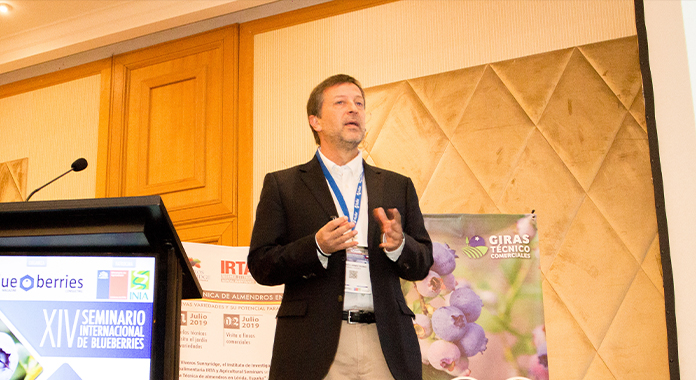 Although the situation is already beginning to improve, the complexities that the fruit industry has suffered during the current season have impacted exports. They talked about this and more in El Agro with Andrés Armstrong, Executive Director of the Asoex Blueberry Committee.

For Armstrong, the logistics crisis “has been a big problem for our industry. And this is not only a delay in the ports, it also has to do with the availability of people in harvesting and packing tasks, and that has made transit times longer. And one of the impacts this has had is that it has taken a little longer for the fruit to arrive."

The director of the Blueberry Committee indicates that "to date we have about 9% less fruit shipped, compared to last year."

And he added that “the arrival of Chilean fruit in the markets has been little felt. There has been less fruit reaching the markets so far, but that has been corrected and we have seen the last few weeks with quite high volumes. In fact, last week the peak of this season was exported, almost 14 thousand tons per week.

Although Chile continues to be one of the relevant players in the global blueberry industry, new countries have emerged with an important supply, such as Peru, Morocco and South Africa, which has forced a varietal renewal in the Chilean industry.

About this, Armstrong explains that "the quality standard has been improving, that is a first impact of the competition from Peru and other countries."

And he adds that “today the weekly offer is much more even and that has allowed the increase in consumption in markets such as the United States, which is quite developed, continues to increase. So, on the one hand there is more competition, we have to renew ourselves; but on the other hand, there is greater demand, which makes this market grow for all the players”.

Farmers and cooperatives are suspicious of the new EU food policy