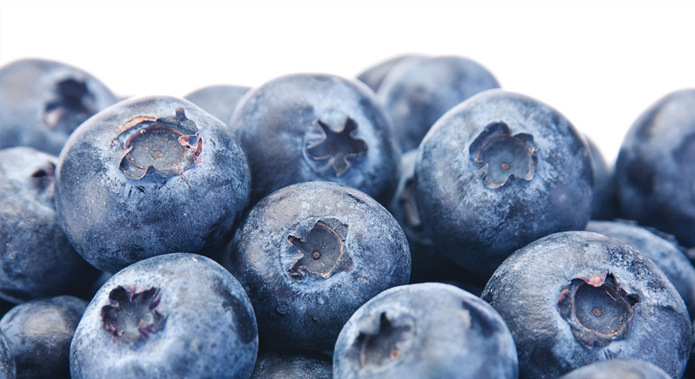 Chile's cranberry export season is about to end with a total volume similar to the previous season, although with a drop in prices in the United States and Europe.

According to figures published by the Committee of Cranberries of Chile, the accumulated exports of this fruit to the 11 week reached 110.794 metric tons (TM), very similar to the 110.027 TM that were achieved at the same date last year.

However, during the current campaign prices showed a downward trend, which is observed in the figures delivered by Decofrut to PortalFrutícola.com, which show a behavior in the FOT values ​​- prices paid to the importer - an 23% more low on average between week 48 and week 9 for the United States market, while Europe had FOT prices a 14% lower in the same period.

Meanwhile, the FOT values ​​for Chilean blueberries in Asia were only an 1% higher between the same period mentioned.

For Rodrigo Durán, commercial manager of David del Curto, this was partly due to problems of condition in some production areas, because there were rains in mountain areas and hail, followed by high temperatures, which affected some varieties.

Also, there was also rain from Chillán to the south during the harvest season, Duran said.

"There are areas with different climatic impacts, but in general the Chilean product, for the same reason, was inconsistent," explained the commercial manager of David del Curto.

In addition, said that is still learning about the management of new varieties of blueberries, which also showed inconsistencies during the campaign.

"It has been changing from old to new varieties and that is why, in theory, there is going to be an improvement in quality and fruit condition," explained Durán.

According to the representative of David del Curto, during this season Peru increased its volume, which was still in the market when Chile exported its early varieties.

"Obviously that also reduces the average price performance of the early part of the season," Durán said, adding that "Chile was doing well in November because Peru was already coming down, but the two countries are still in the process of embarking. that month".

He also said that Chile had no problems in the later part of the campaign, but that now Morocco, Spain and Mexico enter at that time.

"The Chilean window is narrower and with a lower average price level and that is to stay for a long time."

"The plantations in Peru are just entering (in production), like Morocco, Spain and South Africa have continued to plant. There is much more competition today too, many more countries are participating in the market, "Durán said.

On the other hand, the performance in the United States market was marked by lower prices.

"The United States forces to fumigate the fruit, therefore, it is heated and fumigated upon arrival, which is a blow to quality and condition."

Sebastián Carmona, general manager of CarSol commented that the US market had more pressure and stable prices, "but that did not rebound as we expected at the end of the season".

"Even though Peru's natural season starts to decline in November, the fact that both Mexico and Peru are present - with smaller volumes - in almost all of Chile's campaign in the US market, makes the market quality requirements for the Chilean fruit are higher, "said Carmona.

Regarding how the harvests were affected by the rains and hail of the season, the general manager of CarSol indicated that his fields were affected in a minimal way without significant losses.

"But at the time of packing the fruit of some fields we had a lower export percentage than what we had projected," said Carmona.

Europe also had a downward price behavior, which for Duran was due to the fact that the exporters decided to divert the volume going to the United States, and that eventually caused an oversupply in Europe.

"Chile sent an 30% more to Europe this year, trying to avoid the United States," said the representative of David del Curto.

Meanwhile, Carmona said that "today our company sells blueberries twelve months of the year, this helps us to have better visibility at the market level. It was undoubtedly a complicated season, where we had prices in Europe and Asia in line with what we thought, but in the case of the United States we coexist with prices lower than what we had budgeted for ”.

Felipe Riesco, Undersecretary of the Environment:
"The first thing is a good implementation of the REP Law"