Blueberries are promoted among consumers in Great Britain 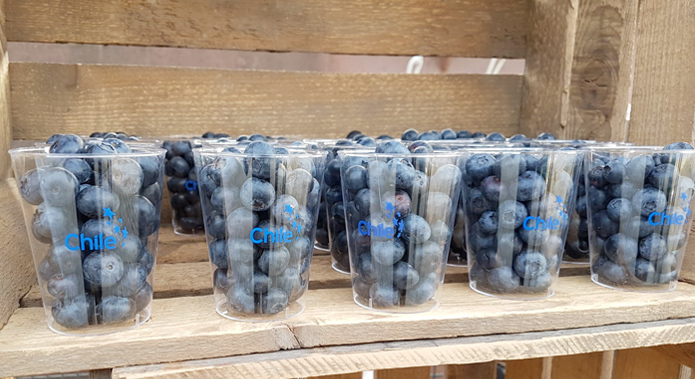 Chilean blueberries, along with starting the season in the UK, launched a campaign to position and increase consumption among the English. The first action of their large calendar of activities was carried out at "Taste of London", the main festival of gourmet restaurants in London, where they distributed two thousand wells of blueberries. «Our participation is key and reminds us that Chile is the largest blueberry exporter in the world. Foodies are an important target market to increase the penetration of Chilean blueberries in the UK », says Charif Christian Carvajal, marketing director of Asoex for Europe, Asia and the Middle East.

Promoting blueberries from Chile at @TasteofLondon 2017 A healthy and delicious way to start the weekend! pic.twitter.com/D7xazpDjI9