Chile: Fedefruta re-elects Jorge Valenzuela to preside over the union 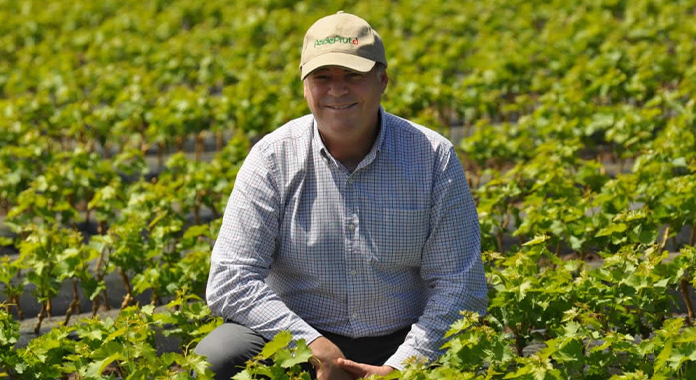 After the recent internal elections, which were pending a year ago due to the covid-19 pandemic, the annual assembly of members of the Federation of Fruit Producers of Chile once again elected Jorge Valenzuela as president of the fruit union, who already He has presided since 2018.

Through Fedefruta, in his speech of appreciation, Valenzuela affirmed that "we are working to give our position to the constituents regarding issues such as water, food security, the environment and rurality."

"Concern about the water crisis and the lack of clarity to advance in this matter, has been somewhat invisible by everything that has happened this season," he added, referring to the emergency due to the fake news crises in China that cherry exports, having led the sector during the agricultural catastrophe of the rains that compromised the table grape and stone fruit crops, and recently, having raised the problem with figures due to the lack of workers to work in the orchards and fruit facilities, through a survey and meetings with authorities.

"However, it is the most pressing issue for the season that leaves in a few more months," he added.

In this way, the current board of directors will be made up of Carolina Dosal (president Fruseptima) and Claudio Vergara as vice presidents, Felipe Rieutord, María Inés Figari (president of the North Agricultural Society), Víctor Catán (president of the Association of Farmers of the Andes and Perfruts Region Valparaíso ), Domingo Romero, Juan Carolus Brown and Ramón Achurra, the last two, former presidents of Fedefruta.

"We will continue working for producers with a close style, deployed in the field, in an open line with local associations, and incorporating new faces with a trade union vocation to our board of directors and council," he said.