Manuel José Alcaíno: "In the blueberry market, the windows are closing ..." 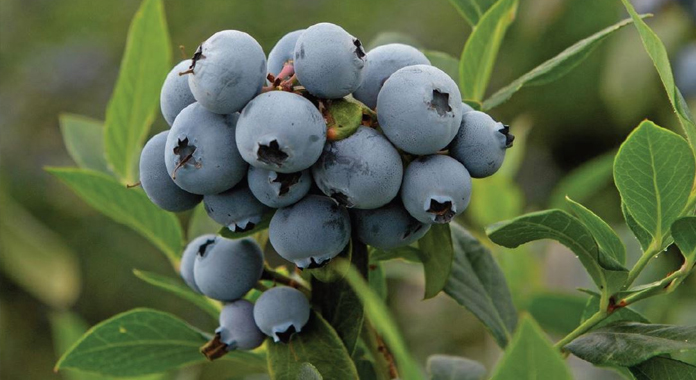 Manuel José Alcaíno, president of Decofrut, is an international consultant recognized by the fruit industry, not only for his experience and the good analysis he makes of the market, but because his perspective goes far beyond the mere interpretation of the data and dares with great certainty to raise theses or strategic courses for the industry in the search to overcome the challenges imposed by the market, consumers and competition.

"Above all, we have a healthy industry, with a great future, with a product that is being highly demanded, therefore, the question is how and what changes we make to position ourselves on this new path that the industry is taking", he clarifies in his presentation “Perspectives and Challenges of the 2021-22 Season for blueberries” that he gave in front of the producers gathered at the 6th Agro Plant Ñuble 2021 Convention, held in Chillán, southern Chile, on November 17 and 18.

The windows are closing…

Making a complete report of the volumes and behavior of the Chilean industry, compared with the figures and the development of the international industry, Alcaíno calls for a redesign of the development strategy. "This is an industry that had a fantastic birth at the end of the last century and then a non-forced but hard decline, and that should make us rethink things" he reflects.

"Forget it, you will never be number one again, it is impossible"

He maintains and explains that the space was ceded in the early part to Peru and in the late part to Mexico, in the case of North America, and to Morocco and Spain in the case of Europe, so that the business in Chile changed and changed. definitively, "going from windows of almost exclusive use to having to compete throughout the season in all markets," he says, and goes further, assuring attendees that Chile will not return to the top places and that more than seeking performance from crops in volumes must be achieved greater profitability for the same cultivated hectares.

“Forget…! They will never be number one again, that's impossible ”, Alcaíno warns and assures that the more than 200 thousand tons produced by Peru are impossible to reach by Chile, for various reasons, among them due to the structure and composition of the industry, which although It extends over 18.000 hectares throughout the country, 54% corresponds to plantations of less than 5 hectares and another 33% corresponds to units of less than 20 hectares, that is, almost 90% corresponds to small farms, a very different reality to that of Peru, where the vast majority of its fields are hundreds and thousands of hectares.

"It confirms what the forerunner of the blueberry industry, Mr. Víctor Moller, told me, and that is that the Chilean blueberry industry is an industry of plots", so it is very difficult to compete, since each plot has its own agricultural management, its cultural practices, its different varieties, its early or late harvest, in short, each plot has its peculiarities, which generates a terrible uniformity at the level of quality, which is difficult to manage, according to their analysis.

We must forget about the volumes and worry about the profitability per hectare, says Alcaíno, and in this perspective he congratulates the Chilean industry for the progress in the production of organic blueberries and the referral to frozen fruit that does not meet the standards of excellence in quality.

Regarding the development strategy in the global market, the international specialist insists that efforts should be focused on taking over the European market, which has a fairly wide range of growth in consumption and which maintains very attractive prices for the fruit.

December could see a gap between Peruvian and Chilean blueberries

Dominique Chauveau, FIA: "You have to learn to imagine the future to innovate in the present"