Royal entrusts its future growth to the cultivation of red fruits 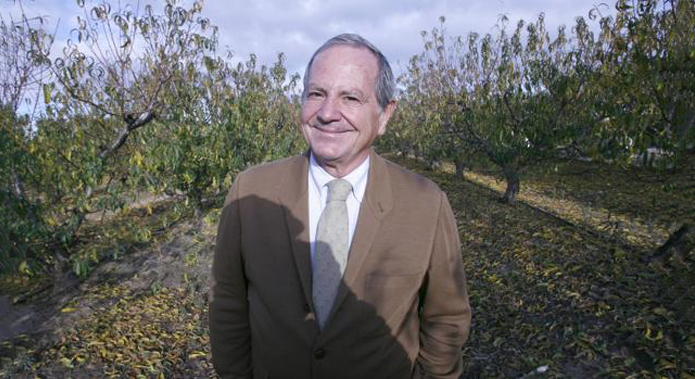 The founder and president of Royal SAT, José Gandía / Agrónoma

Royal SAT, dedicated to the production and marketing of stone fruit and red fruits, Is one of the great european references in fresh fruit markets. Based in San José de la Rinconada, the group bets its future growth on the berry sector, especially the cultivation of blueberries and raspberries, in which it has own varieties, thanks to genetic research.

La agricultural innovation through collaboration with leading universities in agri-food research such as Cornell or Florida, both in the United States, has been a constant since the origins of Royal in the early seventies and has led to the commercialization of improved products in terms of taste, aroma or sugar levels.

So, if the company's turnover, which exceeds 100 million euros, was sustained between an 50% from the stone fruit (peach, nectarine, apricot, Paraguayan and pluot) and another 50% of the red fruits (cranberry, strawberry, raspberry and blackberry), in this last year «berries have already accounted for 70% of turnover», Declares the founder and president of the company, José Gandía.

The reason is that «the demand for stone fruit has had a more sustained behavior while that of red fruits does not stop growing, as consumers are increasingly interested in obtaining products of the highest quality and with beneficial properties for health », especially in the case of raspberries, because«since the month of october the market is very dynamic and this fruit is usually consumed until the month of June ».

Royal is already operating with raspberries, of which produces about a thousand tons in lands of Huelva, Portugal and Morocco. Starting in January, the strong season of blueberry, from which the company reaps some 10.000 tons which grows mainly in Morocco.

80% of your business is abroad, with strong penetration in Europe, where varieties of raspberry «Glamor» and at Blueberry «Blu Aroma» They have a lot of acceptance in countries like France, Holland or Norway, being the Nordic countries strategic for the company, being "very sensitive to the quality, taste and aromas of our varieties".

However, Gandía stands out the growth of consumption that red fruits are experiencing at the national level, «Thanks to the impulse of chains like Mercadona», To which Royal provides blueberries. "Mercadona represents 36% of the fresh fruit sold in Spain, although in the case of blueberries the percentage rises to 60% and 50% in the case of raspberries," notes Gandía.

To cope with this growing demand both nationally and internationally, Royal wants to double the crop area of ​​raspberries and blueberries «In the next four years maximum», investing in land in Huelva and Portugal. Thus, according to the president of the business group, the idea is «go from 600 to 1.200 hectares of blueberries and from 100 to 200 hectares in the case of raspberries», In the latter case,« including the alliance of cooperatives and small Huelva and Portuguese producers with whom we want to work ».

The group foresees close 2019 with an increase in turnover of 10% compared to the previous year, thanks to the growth of 20% that berries have experienced.