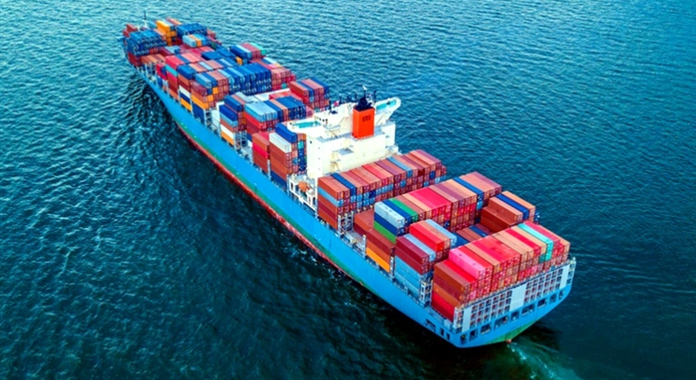 On the busy Trans-Pacific route, the rate for a 40-foot container dropped by nearly US $ 1.000 last week to US $ 11.173, an 8,2% decrease from the previous week that was the biggest weekly drop since March. 2020, according to Drewry. Another indicator, Freightos, which includes premiums and surcharges, showed a nearly 11% drop to $ 16.004, the fourth consecutive decline, Bloomberg reports.

Judah Levine, head of Hong Kong-based research group Freightos, said the recent weakness could reflect slower production in China during its Golden Week holidays, along with the impact of energy restrictions that hit some regions. .

"It is possible that some reduction in available supply is holding back container demand and freeing up some of the additional capacity that shipping lines have added during the peak season," he said. “It is also possible that - with ocean delays making it increasingly unlikely that shipments still not moving will arrive in time for the [Northern Hemisphere] holidays - falling prices also show that the peak of peak season has been left behind.

Despite these reductions, maritime transport remains several times more expensive than before the pandemic, and air cargo rates also remain high. So there is no certain whether these latest declines in global shipping costs will usher in a plateau, a seasonal downward turn, or the start of a more pronounced correction.

But investors are taking note: Shares in the world's container lines - from the largest, such as Maersk and Hapag-Lloyd, to the smallest, such as Zim and Matson - have fallen in recent days from record highs. in September.

And the congestion continues

What is definitely not over is the ship jam outside the ports of Los Angeles and Long Beach, where 60 ships were waiting for a berth to unload late Sunday. The average wait is now more than 11 days, up from a high of about eight days in April. For this reason Bloomberg intelligence it does not estimate that the market is in the presence of the beginning of a downward trend.

Perhaps that appreciation may have materialized in the latest figures from the Shanghai Container Cargo Index (SCFI), which shows the current average of ocean freight, hit a record 4.647,6 points on Friday. October 8, 3,2 times more than a year earlier. Industry observers said freight costs are likely to remain high due to strong demand.

The average cost of freight on the Hong Kong-United States reference route stood at US $ 9,74 / Kg on Sunday, October 10, according to the Hong Kong air cargo TAC index. The amount broke the previous record of US $ 8,7, registered in May, which represents a jump of 80%, compared to September last year.

Air shipping costs have risen since March 2020, as airlines suspended or reduced the number of their flights. The drop led to less cargo in the aircraft's luggage hold, considering that the excess space on passenger planes is used to transport cargo, which represents between 40 and 50 percent of the country's total air cargo.

The pandemic sharpened consumers' sense of environmental and social responsibility