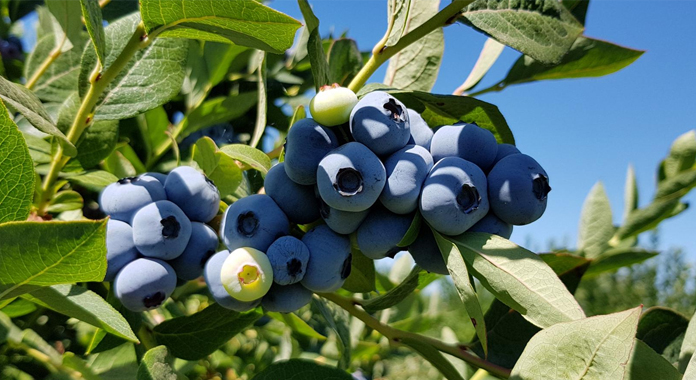 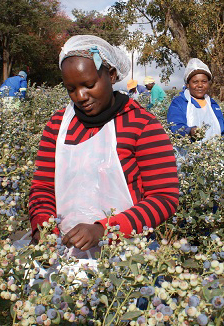 Harvesting has begun nationwide of South Africa's largest blueberry crop so far, an estimated production of 24.000 tonnes, of which 17.000 tonnes are likely to be exported.

Exports reached 12.282 tonnes last year, to give an idea of ​​the tremendous growth within the blueberry industry, a real disruptor among the more established sectors of the South African fruit industry, says Justin Mudge, President of Berries ZA .

“The industry is already above 530 tons in the new season. Here in the Western Cape it was a slower start than last year, ”he says. “With Covid there is probably now less certainty in terms of growth projections. Don't get me wrong, we remain very optimistic, but these are only projections that may need to be revised after this season.

There could be plantations planned for 2020/21 that Covid could delay. The last raspberries of the 2019/20 season were interrupted for the first few weeks when the planes stopped flying,

"The berry industry has been very resourceful, organized and proactive in managing our exports so that we can meet the expectations of our customers in the northern hemisphere."

Communication of the different needs of the blueberry industry

A Joint Marketing Forum has been established to create a platform for cooperative communication between stakeholders, including the establishment of a working group for the logistics sector, to communicate the unique needs of the blueberry industry. 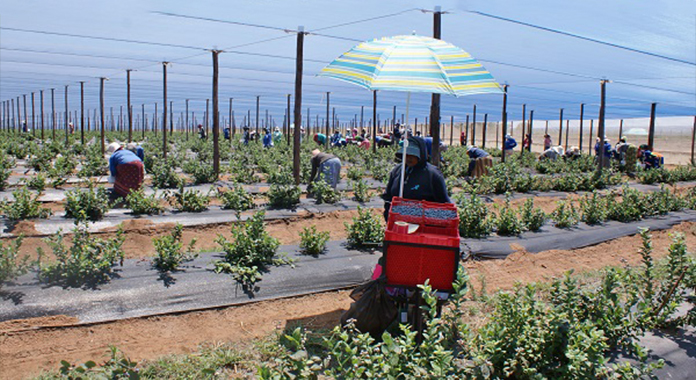 “Blueberries don't have the same kind of shelf life as citrus or apples, probably not even as good as table grapes. The urgency and reactivity that we need from the port authorities is possibly different from other fruits. If you miss a trip and lose seven days of the useful life of a berry, it is essential, ”he explains. “Each navigation is important for each product, obviously. It is simply a matter of letting them know that berries are particularly sensitive. '

It refers to delays at the ports during an important week last year when berry exports were delayed, which meant that the following week the markets received double the amount.

“Consistency in the market is always key. The disruptions erode confidence in South Africa's ability to deliver quality products on time.

Big shift towards shipping this season

“Looking ahead, there is a lot of uncertainty around air transport and how we will harvest, but at the same time, the new genetics means that much more fruit can be transported by sea, so there is a shift from air transport to transport. maritime this season. It is part of the evolution of better berries, to distribute them to the market in a more profitable way «.

There would have been a major transition from air to sea this season, even if air transport rates had not increased enormously.

The difference between an air trip that gets the berries to the shelves of a Northern Hemisphere supermarket in at most four days and a 21-day ocean trip is huge, requiring big changes to blueberry packaging this season.

"You want to make sure you pack for success." 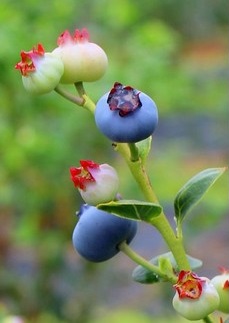 The opening of the Chinese market is "tragically slow".

"In the southern hemisphere, southern Africa is definitely in the best position to supply Europe and the Middle East," he says. "Berries are being produced in some volume in Zimbabwe and also in Namibia and Zambia."

“South Africa's exports to the Far East have been very low so far. The returns have been in the UK and in Europe and at that time they were sufficient markets for the volumes we had, but not anymore ”, he says.

"We need to secure as many markets as we can to have options and spread our risk."

So far, it was shortly after the 46% equal splits for both the UK and the EU, but it expects the market shares of its traditional markets to gradually decline in favor of new markets.

South African blueberries have access to Hong Kong, Malaysia, and Singapore, from where there is definitely growing interest, but not China yet. The South African industry will shortly ask the government for South Korean access.

As for China, the opening of that market has been "tragically slow" for any fruit, Justin believes, and the list of products awaiting access from China has often been debated within the South African fruit industry. Pears, which are awaiting approval from the Chinese, and avocados waiting behind are currently in process.

Attempt to re-determine the third commodity on China's access list
It was recently agreed that the first two positions would remain unchanged, but that through a prioritization protocol not yet determined, the third position will be re-determined.

Blueberries are claiming that third place, but so are stone fruits (including cherries).

Fruits South Africa will come with a proposal for the industry in general on the methodology to determine this prioritization.

The berry organization has undergone a transformative maturation in recent months, exiting the Hortgro wing and changing its name from the more traditional South African Berry Growers Organization to Berries ZA.

Fruits South Africa has submitted a proposal for new types of fruits to join as an individual entity.

“We have the economy to support our job creation potential and we would like the message to get through loud and clear to decision makers. Facilitating market access for berries will lead to growth in agriculture in South Africa and consequent job creation.

Chile: Ports of San Antonio and Valparaíso fully reactivate their operations after the end of the truckers' strike