How Africa can benefit from a strong agricultural sector

A report by the Food and Agriculture Organization of the United Nations argues that African governments must invest more in their agricultural sectors to promote growth, create jobs and reduce poverty. 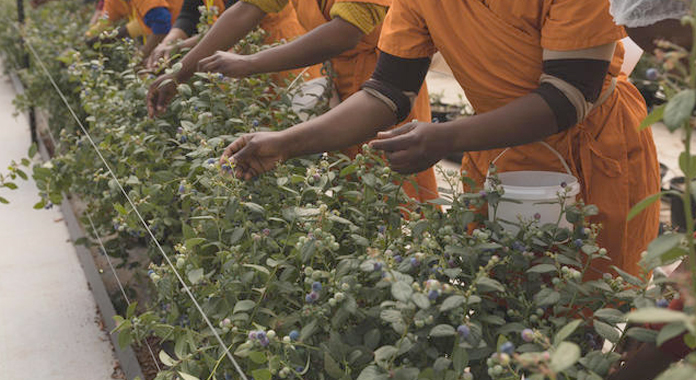 Economists have long recognized the importance of investing in agriculture, as the sector is potentially an engine for growth, job creation, and poverty reduction.

Country-specific studies, for Ethiopia and Ghana, for example, have also emphasized how the provision of public goods and services in agriculture has a substantial impact on both agricultural productivity and rural well-being.

Public investment in agriculture is important for two fundamental reasons. First, evidence has shown that doing so is particularly effective in reducing poverty. Second, it is critical to addressing market failures, such as a lack of infrastructure and research and development, which are major constraints to the growth of the sector.

In resource-limited countries where agriculture is critical to the economy, it is particularly important that sufficient resources are allocated to the sector. In African countries, increasing the volume of public spending on agriculture is a key way to boost productivity and reduce poverty.

Evidence of successful agricultural transformations in 12 Asian economies found that during their periods of high agricultural growth ('Green Revolution'), they devoted approximately 10% of total public spending to agriculture.

Analysis of several sub-Saharan African countries has found that total public spending on food and agriculture between 2004 and 2018 averaged around 6%, below the 10% target of the Maputo Declaration.

However, when considering inflation, currency depreciation, and demographic factors, this growth was much more modest, about 5% on average.

In Ghana and Tanzania, spending on agriculture (in real terms) even experienced negative growth.

Despite increases in nominal budgets, the average share of real spending allocated to food and agriculture during the study period was less than 10% for the vast majority of countries.

Execution budgetary Public spending execution rates (the percentage of budgeted funds that are spent) have long been an area of ​​concern, especially for capital investments such as infrastructure.

Some studies have revealed that addressing the low execution rates of overall infrastructure spending in Africa could increase spending by an average of 50% without additional budgeted resources.

These low execution rates are often attributed to poor planning, poor project preparation, and delays in procurement. One reason for low spending on agriculture is that money is disbursed too slowly and therefore not spent.

The average execution rate of spending on food and agriculture was 79% during the study period, meaning that, on average, 21% of the budget was left unspent in all countries, undermining transformative investments.

Donor funding is also a major contributor to the agricultural sector. On average, 36% of African budgets in agriculture are made up of donor contributions, which often have a higher share of unspent project funds. The difference between national and donor implementation rates can be explained by at least three factors.

First, wages, salaries, and other recurring expenses are often more predictable and are often financed from national sources rather than donor-funded expenditures. The latter finances mainly capital expenditures, which are more difficult to implement and are more exposed to abrupt changes.

Second, investment projects (funded primarily by donors) may require legislative approval, even when resources have been budgeted. Procurement plans may not be written before budgets are available, delaying project implementation and undermining donor spending.

Third, donor-funded programs tend to be large and require governments to adhere to specific project management rules, adding a layer of complexity to their implementation.

Various solutions are suggested. First, increasing the proximity of policymakers to their beneficiaries through decentralization could lead to better alignment of local policies with the needs of stakeholders, especially among the poorest, as well as reducing corruption and strengthening accountability among local authorities.

The focus should shift to how budgets are spent. Better tracking of public spending is more imperative than ever as countries battle the ongoing COVID-19 pandemic and its effects on food and agriculture.

It is important to eliminate bottlenecks created by slow access to funds, inaccurate revenue forecasts, and complicated procedures for project implementation, as all of these can delay a country's agricultural development. These problems can be mitigated by regularly monitoring public spending and improving local capacity to manage and execute funds.

128 grams per day per capita: Strategic objective for the blueberry industry