Repercussions and perspectives of the explosive Peruvian supply

Strategically, for the Peruvian industry, the Asian market is emerging as an excellent destination for its blueberries if the restrictions are specified in the United States 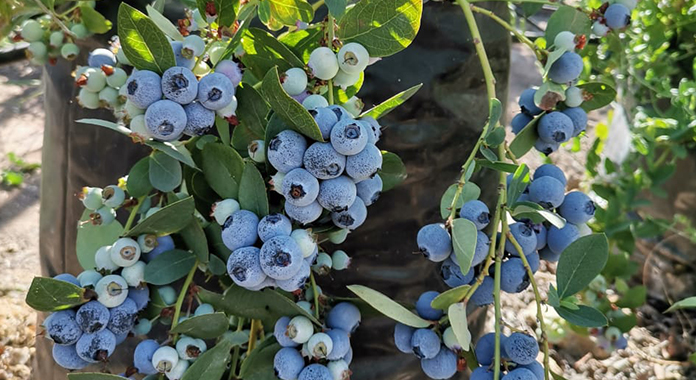 The 2020/21 campaign for the export and marketing of blueberries in the world is showing an extraordinary increase, which strengthens and diversifies demand by increasing consumption, but in turn affects the value of the fruit, reducing its price in the markets as a result of this on fruit supply.

Blueberry exports, mainly from Peru, which this year has advanced its campaign starting in June, is showing shipments greatly increased in relation to previous seasons, increasing the figures, both in tons and in traded values.

The United States is the main destination for Peruvian blueberries, which, in addition to being an importing country, is the largest producer of blueberries in the world, with a campaign that concentrates its main volumes between the months of May and August. In addition to competing with local production, the Peruvian blueberry must deal with the Canadian, Mexican and Chilean supply.

About offer and restrictions

Local US production will grow 30% and will exceed 150 thousand tons and, on the other hand, Mexican production is estimated to increase by at least 25%. So far, the blueberries that have received the best prices have been those from the local environment and those from Mexico, which were priced 16% more than the Peruvian, although well below the price obtained in 2019. This price drop, product of the Peruvian oversupply, joins the efforts of the United States to impose a safeguard, in the perspective of protecting local producers, who have their peak production between May and August.

Europe is also an import market, as is the United States, and has significant blueberry producing areas, so it may follow the same path as the US market if local producers pressure authorities to impose export restrictions of blueberries.

The Peruvian industry has increased shipments of blueberries to Europe by more than 100% so far this season, and has obtained 50% more in value, because the European market did not apply a price discount due to multiple problems in their crops that local producers faced with the heat wave that hit the continent, and it is estimated that they lost up to 70% of their production in some cases.

China on the horizon

The Peruvian supply has also sent to China volumes close to 30% over the previous year, and has also achieved more attractive values ​​than in the past, this despite the fact that local blueberry producers have had a relatively good production season. Therefore, strategically, for the Peruvian industry, the Asian market is emerging as an excellent destination for its blueberries, if the restrictions in the United States are specified. According to a report from the USDA, 99% of the blueberries imported by China come from Peru and Chile, due to the existence of free trade agreements and availability against seasonal.

The Chinese market for domestic consumption is in full expansion and experts' projections predict that in just five more years, blueberry production in China will reach one million tons, far surpassing the United States as the world's largest producer, and possibly also becoming the largest market for the global blueberry industry.