In as much, good part of the beneficiaries of the load wait for the occasion to get away from the long-term contracts. 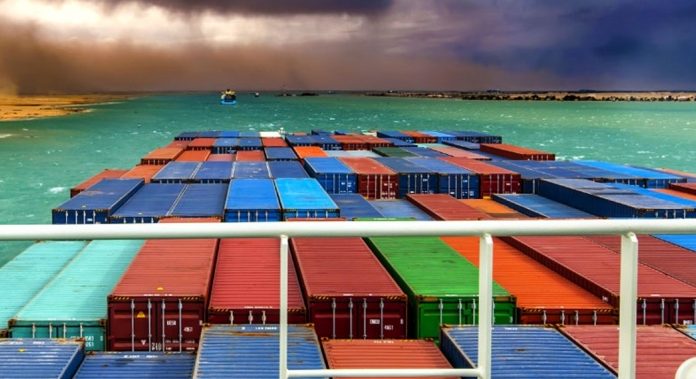 The week before, a drop in imported seaborne volumes at some US ports in June was reported, as well as decreased orders for certain products from Chinese manufacturers and further signs of excess inventory. Of course, this has led to falling rates on the Transpacific route to the USWC and the USEC where they have fallen more than 13% in unison compared to 2021, marking the first annual decrease since the first half of 2020. And, although these figures are still well above normal levels prior to the pandemic, spot rates show a downward trend at a time when demand corresponding to the high season should already be rising.

According to Baltic Freight Index, rates to the USWC have fallen more than 50% in the second quarter. Meanwhile, fares on the Asia-North Europe route have been stable since the beginning of May, possibly due to worsening congestion at European hubs, but are still 30% lower than in early 2022.

Of the main commercial routes, only in the Transatlantic are they higher than at the beginning of the year. On the Europe-USEC route they are 42% higher than a year ago, and around four times before the pandemic.

One of the possibilities that various analysts have staged is that, given the continuous fall in demand and spot rates, cargo beneficiaries who have closed long-term contracts with shipping lines, begin to pressure to modify their contracts, or simply opt for shorter-term contracts. And it is not for less, since the Xeneta Shjipping Index (XSI), which evaluates long-term contract rates, jumped another 10,1% in June to 421,96 points, establishing a new all-time high for four consecutive months, despite the macroeconomic uncertainty that clouds the horizon.

Patrik Berglund, CEO of xeneta. points out in this regard that "the fall in spot rates may increasingly tempt cargo beneficiaries to move away from traditional contracts." In this regard, the consultant conducted a survey on this point among its clients. The result was that 54% of them foresee a decrease in volume in the coming months in line with recession predictions. For the same reason, 30% of clients believe that their allocation of spaces is too high, which shows a reduction in demand. And to top it off, 44% of customers no longer trust the stability of long-term contracts.

Additionally, 22% said they were more likely to allocate lower volumes to cheaper contracts. Another 22% acknowledged that they would prefer to transfer their cargo to the spot market as soon as said rate is lower than the long-term rate.

The temptation for burden bearers to move to spot contracts could remain high, considering there is little sign of a recovery. A recent analysis of Sea-Intelligence indicates that the drop in exports from Shanghai during the lockdown was mainly offset by shifts to other Chinese ports. This coupled with sluggish demand makes the feared surge in volumes from Shanghai as it reopens even less likely.

Interestingly, and despite the above, the combined number of import containers in the ports of Los Angeles and Long Beach that stay nine days or more has more than doubled since the beginning of February, to 48.932 on June 29. A figure that is almost exactly the number of delayed containers counted on November 15, 2021 (48,905), the same day that a plan of fines for permanence was originally implemented, which until now has not been put into practice.

However, if the underlying demand on the Transpacific route has eroded sufficiently, then fares could be expected to continue to fall even as the hemisphere moves into peak season. At the same time, if shipping lines find themselves with excess capacity, they might also be expected to fall back on their master defense: blank sailing, which would stop the fall in rates.

Another point of uncertainty is that although labor negotiations at the USWC are progressing, new issues are developing that could affect logistics in Europe and between Canadian and US rail workers.

Berries, the fruits that are gaining ground in the Mexican countryside