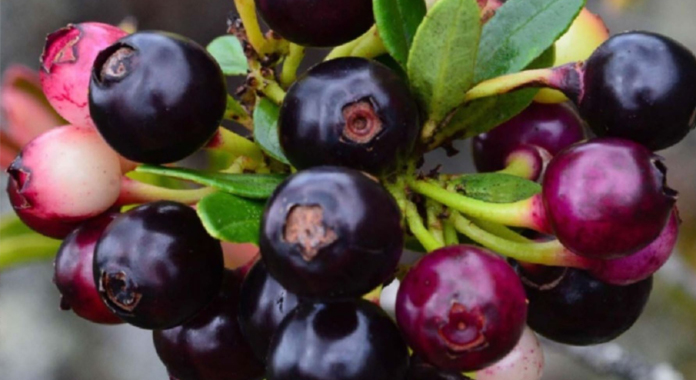 Wild blueberries from the Amazon region that are being studied by researchers from the Toribio Rodríguez de Mendoza National University (UNTRM) in order to conserve the germplasm and diversity of these wild blueberries that allow promoting their future domestication and commercialization.

The blueberry is one of the crops considered superfoods for its important nutritional contribution and health benefits. And Peru has become in recent years one of the main exporters of this dark purple fruit that is part of the so-called “berries”.

Along with the blueberries that are already marketed and grown in various regions of the country, especially on the north coast, there are wild varieties discovered, for example, in the Amazon region, which are being studied by researchers from the National University Toribio Rodríguez de Mendoza (UNTRM) with the purpose of conserve germplasm and diversity of these wild blueberries to promote their future domestication and commercialization.
The study, conducted by members of the Research Institute for Sustainable Development of Ceja de Selva (INDES-CES) of the UNTRM, in addition to facilitating the regeneration and propagation of new plants of this crop, aims to generate a reproduction and characterization protocol of these wild blueberry varieties to contribute to the sustainable management of agrobiodiversity in the Amazon region, given that blueberries are increasingly consumed in Peru and the world because they are a source of bioactive compounds with beneficial effects on human health.

The agronomist José Tejada Alvarado, member of the INDES-CES team of researchers and in charge of collecting the samples of wild blueberries in towns in the province of Chachapoyas and carrying out the analyzes, said in an interview with the Andean News Agency that in this project, started in 2019, ten varieties or accessions of wild blueberries were selected. 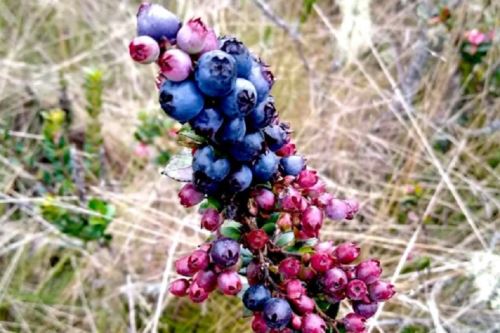 In view of the fact that it was observed that the seeds of these wild blueberries, which grow in the pastures and fences of the cultivated fields, did not germinate naturally as occurs with other fruits and run the risk of becoming extinct due to migratory agriculture in the areas In rural areas, it was decided to evaluate its propagation in vitro in the laboratory using indole-3-butyric acid (IBA), a synthetic hormone that stimulates the rooting of the plant.

“Vegetative shoots were collected in Molinopampa, Calla Calla, La Jalca, Huancas and Leymebamba, located at 3,000 meters of altitude. The samples were taken to the INDES-CES laboratory of the UNTRM and, after being disinfected, they were subjected to the action of the synthetic hormone used at 100% of its capacity ”, he stated.

"The samples were placed in a rooting tunnel with a nebulization irrigation system that facilitates having a high relative humidity and preventing the plants from dehydrating, maintaining their water potential and finally achieving their regeneration", he added. 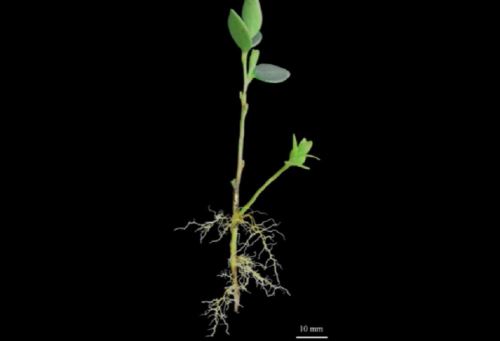 After being subjected to the rooting method and the action of the synthetic hormone, five of the samples or varieties of blueberries were able to respond satisfactorily and propagate, which shed light on the great genetic potential of these wild blueberries to promote their domestication, large-scale cultivation and commercialization nationally and internationally.

Other very positive aspects that have been observed in wild blueberry varieties in the Amazon region is their great resistance to stress and adaptation to altitude, taking into account that they grow without problems in locations located 3,000 meters above sea level. 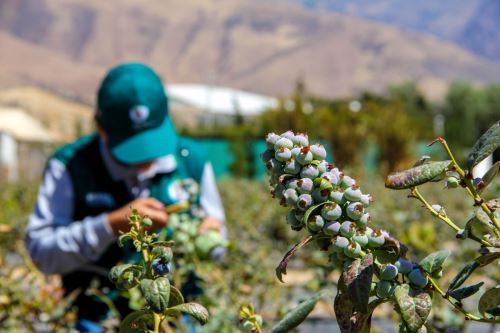 "This creates an opportunity to develop genetic studies to achieve grafts of these wild varieties with commercial species, which are very sensitive and have not adapted 100% in the Amazon region", highlighted Tejada Alvarado.

Publication of results in scientific journal

The results obtained by scientists from the Toribio Rodríguez de Mendoza National University in this first stage of the study of wild blueberries have been published in the scientific journal Agrobotanical Act and it is expected to publish other articles on the following advances of this research in other indexed journals. The content of the article can be read in the following link.

Second stage of the investigation

Tejada Alvarado announced that research on wild blueberries is currently in a second stage in which in vitro propagation through tissue culture is studied, a more complex method than rooting but that increases the reproduction capacity of the culture. 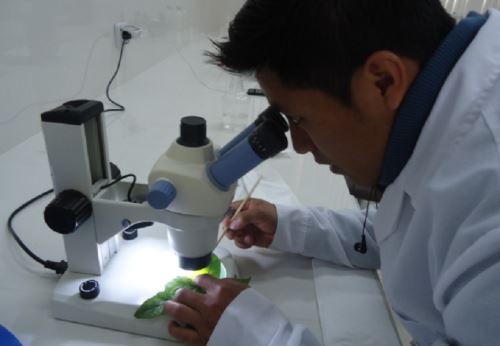 "This will allow to have, later, a protocol that allows massive propagation and thus obtain new plants in shorter terms," ​​he said.
Physical and chemical characterization studies of selected wild blueberry samples are also underway to determine if they can compete commercially with blueberries already on the market. 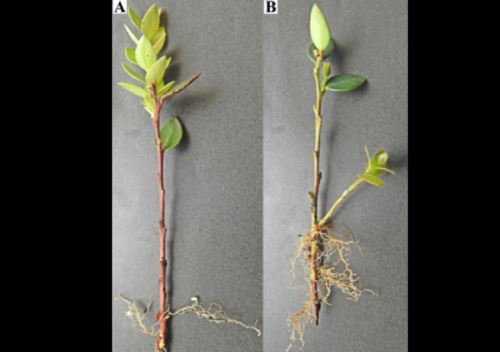 "It is evaluating its bioactive components such as antioxidants, vitamins, phenols, among others that help prevent and fight various diseases, including cancer," he emphasized.

Another study looks at the molecular makeup of these wild blueberry varieties to give them a scientific name.

In addition to blueberries, researchers from the National University Toribio Rodríguez de Mendoza They are interested in studying the blackberry, another of the wild fruits native to the Amazon region and which has great potential to compete with the raspberry, which is part of the “berries” of great commercial demand, especially in the food industry.

The research team in this project is led by Manuel Oliva, director of INDES-CES, and is made up, in addition to Jesús Tejada Alvarado, by researchers Benjamín Meléndez Mori, Nuri Vilca Valqui and Einer Huamán Huamán.

Profile of the researcher

José Tejeda Alvarado is an agronomist trained at the Faculty of Agrarian Sciences of the National University Toribio Rodríguez de Mendoza and his interest in the study of blueberries materialized in his graduate thesis to obtain a degree. Likewise, he has a specialization in execution, monitoring and closing of innovation projects.

He is planning to apply for a scholarship for a Master's degree in plant physiology and genetic improvement, focused on wild berry species that exist in the Amazon region.

Chile: National export of fruits to China grows and in Biobío there are high expectations