TopFruit and Planasa accelerate blueberry growth in South Africa and beyond

TopFruit South Africa has announced a partnership with Planasa, one of the world's largest blueberry nurseries, to grow and evaluate varieties emanating from Planasa's new blueberry breeding program at sites in southern Africa. 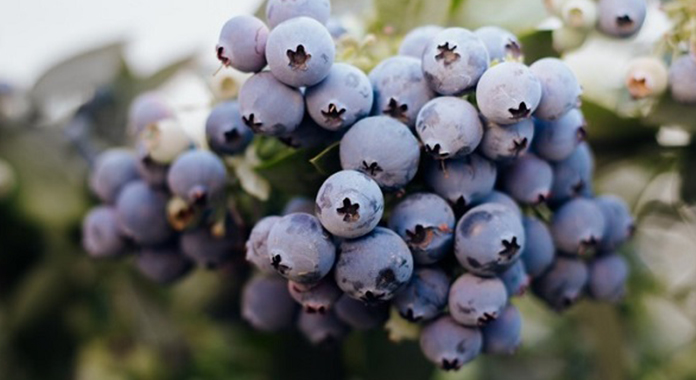 "The Planasa blueberry varieties are ideal for the climatic regions of southern Africa and some of the very cool evergreen types will be suitable for tropical regions such as Zambia and Kenya," says Pieter Zietsman, Blueberry Specialist at TopFruit. He adds that these varieties are already widely planted in southern Spain, Portugal, Morocco, Peru and Mexico with very good production of quality fruit.

Planasa have already been authorized for commercial planting in Zimbabwe, where some 50ha have been planted over the past two years.

In the Aussenkehr Valley in southern Namibia, best known for its table grapes, the first fruits of the Planasa test varieties established at Silverlands Farm are currently being harvested.

"These blueberry varieties will be planted at 14 different test sites in South Africa in September this year to test and assess the potential in different climatic zones," explains Pieter. “All Planasa varieties have been shown to produce large volumes of quality fruit with very good storage capacities and shelf life. These varieties are expected to start cultivation from July in the early regions until the end of November in the later regions, depending on the region. "

Planasa is an international group of companies that leads the development of new berry varieties to meet the needs of producers and consumers in different markets, says TopFruit. Planasa mainly produces strawberries, raspberries, blackberries and blueberries, as well as asparagus, garlic and avocados.

“As part of its strategy to be on top of the world's new blueberry genetics, Planasa developed a range of new generation blueberry varieties at its Huelva, Spain nursery and launched it in 2019. BlueManila, BlueMalibu, BlueMarina , BlueMadeira, BlueMaldiva and BlueMasirah are mostly evergreen varieties with very little cold ”.

TopFruit has been introducing new fruit varieties to South Africa from breeders around the world since 1983. The company's goal is to discover and unlock the potential of these varieties for South African growers, achieved through variety development. , a strong program of intellectual property management, branding and innovative marketing initiatives, the company notes.

“The licensing of Planasa blueberry varieties is a natural progression in expanding our berry variety offering to growers in southern Africa,” he adds, noting that TopFruit has a unique licensing model in terms of cultivation. of berries: all producers can plant and market their authorized varieties through a number of reputable trading companies or undertake private marketing, depending on the variety.

Bioactive Compounds of Strawberry and Blueberry and Their Potential Health Effects Based on Human Intervention Studies: A Brief Overview