The blueberry harvest in Argentina has already started and the first shipments are leaving the country. With favorable measures such as the removal of withholdings, the sector expects a good harvest that will allow it to regain competitiveness. And markets such as the Kingdom of Saudi Arabia are opening up to the new post-pandemic scenario. 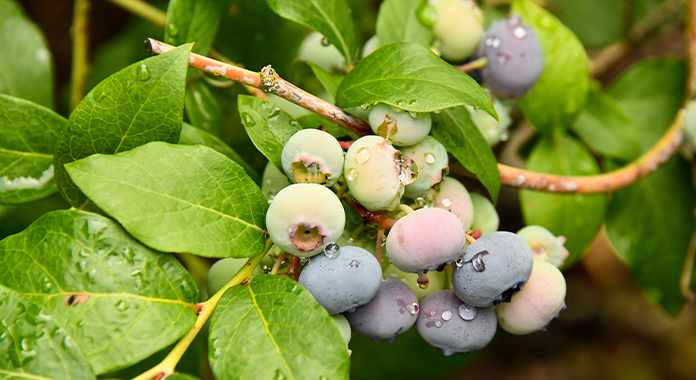 The world stage post-pandemic is opening up new opportunities for the Argentine blueberry. The decisions of some States in matters of health policy impact on the governments' quest to guarantee the food security of their citizens.

From this perspective a new opportunity for the Argentine blueberry, which due to its quality, flavor and properties is beginning to be a fruit discovered by countries that have not yet incorporated it into their regular consumption.

This is the case of Saudi Arabia, a market that could open this season for the landing of Argentine blueberries after a successful round of business that took place between local exporters nucleated in the Argentine Blueberry Committee (ABC) and the large supermarkets of the Kingdom.

"This business round aims to begin to position our country as a strategic partner of the Kingdom of Saudi Arabia in order to strengthen its food security in the post-pandemic scenario, generating certainty as a reliable supplier of high-quality food," he explained Hernán Batinic, Head of the Economic, Political and Cultural Sections of the Argentine Embassy in the Kingdom of Saudi Arabia during the opening of the series of meetings that took place in the first days of August, the strategic week of the beginning of the harvest in the country.

"It was a very productive meeting and without a doubt having held it now is superior to doing it with the season very advanced because it opens doors for us in the short term," said one of the exporters who participated.

By the way, the president of ABC Alexander Pannunzio He stressed during the virtual meeting that Argentine blueberry production "is ready to export" if required from the Kingdom. "We have the fruit in the size and quality demanded and ready to go," he assured.

Characteristics of the Saudi Arabian market

The Saudi Arabian market was selected as a priority by the sector, along with other Middle Eastern destinations, within the framework of the Public Private Council for Export Promotion –CPPPE-.

On the Saudi side, the 5 main supermarket chains participated, including a Bahraini chain: Tamimi, Danube, LuluHypermarket, Carrefour and Al Jazira.

Due to the structure of the retail trade in the Kingdom, in which there are no nearby stores or retail stores, these chains represent almost all of the Saudi Arabian retail market, and 100% of the Premium food market. These supermarkets, although they cover the entire territory of the Kingdom of Saudi Arabia and Bahrain, are also mainly based in the three most important cities within the jurisdiction of the Embassy, ​​Riyadh, Jeddah and Manama.

At the end of the meetings, some of the importers announced the completion of operations and the will to include Argentina as a permanent supplier in their supermarkets.

Argentine exports of fresh blueberries to the world during 2020 were USD 41 million. The potential market for the blueberry sector in the countries under the jurisdiction of the Embassy to the Kingdom of Saudi Arabia (which includes the Kingdom of Bahrain, Oman and Yemen) is estimated at around $ 15 million annually, with exports from our country that today are still marginal.

Saudi Arabia imports 90% of the food it consumes, generating annual imports of more than $ 25.000 billion.

Review of Functional and Pharmacological Activities of Berries