US Report: How Does Agriculture Change Climate? 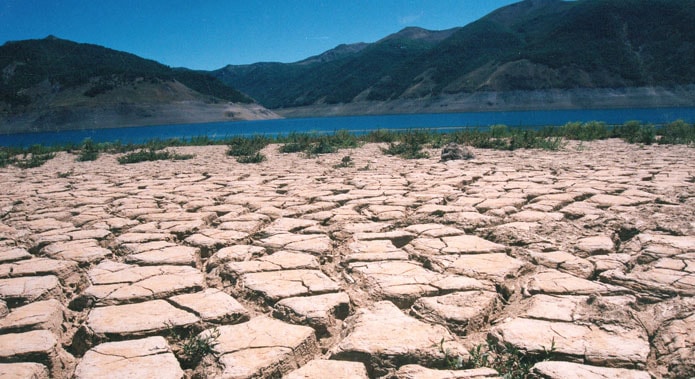 Specialists from the Environment Institute of the University of Minnesota, USA, have produced a report called How Does Agriculture Change Climate? (How does agriculture change our climate?), Which addresses the impact on climate change and global warming of deforestation, the exercise of agriculture and other land uses, such as greenhouse gas emissions, GHG, which they represent 20% of the total.

Since the beginning of the so-called Green Revolution, the productivity of the world agricultural system has almost tripled, contributing to the improvement of food security for a growing population, satisfying the food demands of an increasingly rich world. But this amazing productivity has also involved environmental costs, so the most important challenge for food security is to mitigate the impact of agriculture on our climate.

In the Report How does agriculture change our climate ?, GHG emissions derived from deforestation and agricultural management are considered, but if those from the transport of products, packaging, and food waste were also included, the food system would represent about 30% of global emissions. So if we were to meet future food needs as we have done so far, with developing countries increasing crop production through deforestation of land and developed countries increasing production through increases in yield, Global agricultural emissions are estimated to increase by at least 30% by 2050.

Despite this central role of agriculture in climate change, there are promising opportunities to mitigate emissions and reduce the demand for high-emission food, thus developing a global food system that achieves food security and reduces The environmental impact of agriculture is one of the main challenges of our time.

Among the dominant sources of greenhouse gases are carbon dioxide (CO2) from tropical deforestation, methane (CH4) derived from livestock and rice production and nitrous oxide (N2O) as a result of fertilization or the burning of arable land.

60% of all anthropogenic emissions of N2O come from agriculture. Nitrous oxide emitted into the atmosphere is an important GHG, as it is 300 times more effective at warming than CO2.

In addition, agriculture is responsible for about half of the world's methane emissions, which is 26 times stronger than a greenhouse gas such as CO2. Ruminant livestock, including cows and sheep, digest their food through enteric fermentation, which produces methane. The result is that, on a global scale, about one third of methane emissions from agriculture come from livestock. The burning of biomass to prepare the fields is another producer of methane, as well as applying manure to the fields. There is also the one that cultivates rice fields, where the bacteria decompose the biomass submerged in the fields, represents an 11% of the emissions of the agricultural management.

Most of the N2O is produced after fertilizing the farmland, when the soil microbes convert part of the applied nitrogen from manure and manure to N2O. Due to a non-linear relationship between the application and the emissions, as more nitrogen fertilizer is used, a larger fraction of the applied nitrogen becomes N2O. Nitrous oxide also occurs when crop residues are burned.

Mitigating this impact of agriculture on our climate will not be easy, but strategies must be combined to avoid dangerous levels of climate change. Currently, if all agricultural sectors reduce their emissions to the maximum, we will not be able to reach the goal of limiting the increase in the global average temperature below 2 ° C. An estimated objective for the necessary mitigation in agriculture is 1 GT CO2eq / year by 2030, roughly equal to the emissions from all cars on America's roads today.

The challenge, particularly in the global south, is to limit the felling of trees while still producing enough crops to feed growing populations. In Brazil, the commitments of companies have allowed agricultural intensification and have contributed to a sharp drop in deforestation.

Rice fields are a key source of food. They are also a key source of methane. To slow down this potent greenhouse gas during the growing season, farmers can periodically drain their fields. During the low season, keeping the soil dry will help.

Bacteria in the soil collect extra nitrogen and use it to generate nitrous oxide gas, a powerful warmer on the planet. Inefficient application of fertilizers is the main source of additional nitrogen in the soil, so the smartest use of fertilizers avoids unnecessary emissions. Best practices include ensuring accurate application, using slow release fertilizers, and other measures.

Not all solutions depend on farmers changing their habits. We can all be part of the solution too. Demand-side approaches include reducing food waste and switching to diets with less meat content, which would result in lower greenhouse gas emissions from agriculture.

Chile: What is the water situation in the north of the country?

Iván Frutos: "In Spain you can see blueberry clamshell in almost all supermarkets"

Safety in Berries: viruses to the fore

UNITEC: the ideal partner to win addictive challenges in the global market