In an unpublished ruling, a judge sentenced a married couple who owned a blueberry crop to prison to Santa Teresa, because the Ministry of Labor discovered that they employed children from 12 to 16 years ago and in inhuman conditions. 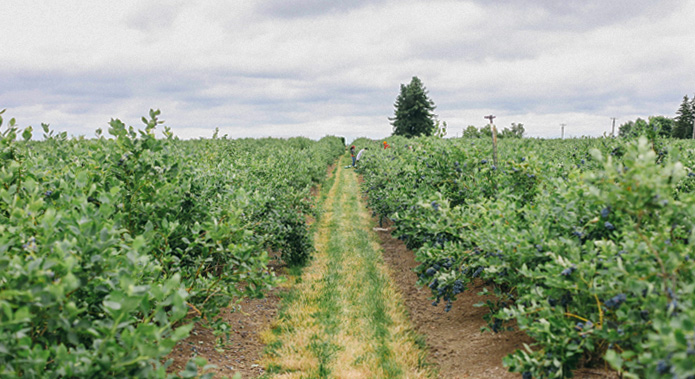 "It was like going back a hundred years ago," said one of the inspectors from the provincial Ministry of Labor about the feeling he had when he arrived at the Santa Teresa blueberry field where in 2016 they found children working. Now the Justice of Villa Constitución sentenced in an abbreviated trial the marriage that used them in a precarious and insecure way to the penalty of one year of conditional prison with rules of conduct. This is the first condemnatory sentence in the country for the crime of illegal economic exploitation of child labor, of which five boys between 12 and 16 years old were victims. Their families received accompaniment from the Social Development area.

Inspectors of the Ministry of Labor led by Julio Genesini arrived on November 10, 2016 at a farm on kilometer 54 of Provincial Route No. 90, in the access to Santa Teresa: "Sale of blueberries", announced the sign at the entrance . On a sunny day, a woman received two inspectors and one inspector in the field located 60 kilometers from Rosario. "The woman started with denials, saying she did not know the owner and was only in charge of the place"; however, when consulting data online, it was possible to reach the name of her son and the woman revealed that he was not the owner, but her husband. Upon surveying the field, they saw a group of people working among whom were minors. "The youngest was twelve or ten years old," they assured. The work they observed consisted of manually picking the blueberries from the bushes and placing them in a basket hanging from their bodies. Then they transferred that load to larger baskets and transferred them to the scale, where the woman wrote down on a piece of paper the number of kilos each one collected. Apparently, at the end of the week, the establishment paid the pickers at the rate of 11 pesos for each kilo of fruit. But in the sale to the public, instead, the price was 100 pesos per kilo.

The shed was precarious, there was only a table, scale and an old refrigerator where the blueberries were refrigerated. "There was no drinking water, as the woman reported that there was only well water," said an inspector. "The transfer of the drawers implied excessive force for the boys," he said. Nor did she see bathrooms, kitchens, places of refuge or rest. "People work in the sun and without fixed hours," he said. "The feeling was one of total laziness."

Those convicted by judge Marisol Usandizaga are Héctor Osvaldo Balducci and Silvia Edit Bava. Both were charged for "having economically taken advantage of the work of at least five minors, making them manually collect the fruits of the blueberry plantation they own for the purposes of private marketing, in exchange for the payment of 11 pesos per kilogram collected, representing it risky work, in unhealthy conditions and of an excessive effort for the age of the children ”, says the judicial verdict.

Guillermo Cherner, undersecretary of Employment and Decent Work Policies, said yesterday in radio statements that in the case there was an administrative process with financial fines; but that in parallel the judicial cause was promoted. The official said that in rural work the employment of minors is "common". “They are cases of great need. Many times these minors perform these tasks because it is necessary for family support, therefore a whole protocol is applied where the first thing to do is to stop these tasks, "he told LT8.

Among the rules of conduct ordered by the judge, the convicted will not be able to approach the victims of the act and put them at the disposal of the Provincial Office of Control and Post-Penitentiary Assistance for two years.

Andrés Couve, Minister of Science, Technology, Innovation and Knowledge: "Knowledge must be at the center of the development model"

Researchers will strengthen knowledge in science and technology in 20 countries