In addition, the increase in interest rates in the US will reinforce the drop in consumption. 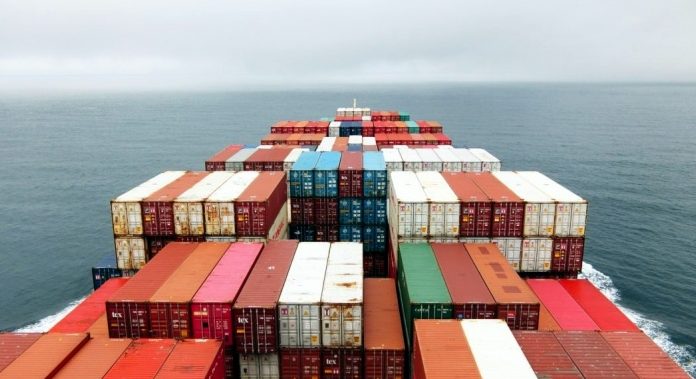 Consumer sentiment towards retail, which has announced excess inventory, has been falling steadily for the past few months due to rising inflation. With demand cooling, it's no surprise then that spot ocean freight rates between China and the US are hitting new lows this year, reports Shipping and Freight Resources.

“Ocean freight spot rates continue to fall rapidly. The SHIFEX index shows that from China to USWC they are down to less than US$7.000/FEU, while from China to USEC it is declining to less than US$9.000/FEU. Consumer spending in retail seems to be at an inflection point, which inevitably reduces the total volumes that reach the ground. We hope this will drive prices down even further in the future,” said Shabsie Levy, CEO and founder of Shifl.

“This drop in freight rates will go a long way to help combat rising inflation. The issue of rising freight rates and inflation has been a major topic of discussion in US markets, including government and Congress efforts that have actively sought to reduce ocean freight rates, including the recent passage of the Shipping Reform Act of 2022 (OSRA22), with the aim of lowering the costs of everyday items and curbing high rates of inflation,” said Levy.

On the other hand, new import orders have also slowed down, pointing to an extended period of volumes remaining below expectations. While it was anticipated that volumes from China would arrive in large volumes following the easing of restrictions in Shanghai, this ultimately did not materialize.

“While long-term ocean freight rates are still higher than spot rates, the situation may not last long. When cargo beneficiaries realize that spot rates continue to cascade, they could renegotiate their contracts with shipping lines."

On the other hand, he added, “since import orders did not remain strong in mid-June, a regular peak season and China's insistence on sticking to COVID-Zero measures could lead to uncertainty in import flows, which would negatively impact freight rates over the course of this year.”

Right now, queues have shrunk to just 25 vessels at the ports of Los Angeles and Long Beach, a far cry from the all-time high of 109 vessels recorded in January 2022, reflecting that retail import demand is shrinking. cooling.

The large number of production interruptions in China due to the strict restrictions of the Zero-COVID policy is another cause of the drop in Chinese volumes arriving in the US.

However, increasing vessel traffic into the USEC inevitably led to longer cargo delivery times as vessel queues at New York Harbor increased. In fact, cargo delivery times increased from approximately 51 days in January 2022 to 56 days in May 2022. WSJ For his part, he reported that precisely "one of the culprits for the accumulation of inventory in many retailers is the long delivery times."

“Our data indicates that the rise in interest rates by the US Federal Reserve is another blow to consumption” and added that, “mortgage rates that have risen significantly since last year may lead to the slowdown in home construction, further reducing related retail spending.”

“The US distribution system is chock full of stuff. Business inventories in April were up nearly 18% from a year earlier. Inventories at non-auto retailers rose 20%. One after another (Target, Walmart, Costco, even the mighty Amazon) have reported disappointing profits and are discounting excess merchandise like crazy,” Levy added.

“Wholesalers, a category that includes companies that import everything from washing machines to smartphones for sale in the US, show the same trend,” economist Marc Levinson wrote on LinkedIn.