Based on the use of low temperature (0 °C) management, there are currently a series of technologies to extend the life of blueberries in the post-harvest stage. The most used are Modified Atmosphere (AM) and Controlled Atmosphere (CA), which are based on modifying the composition of gases (O2 and CO2) during the storage and transport stage. 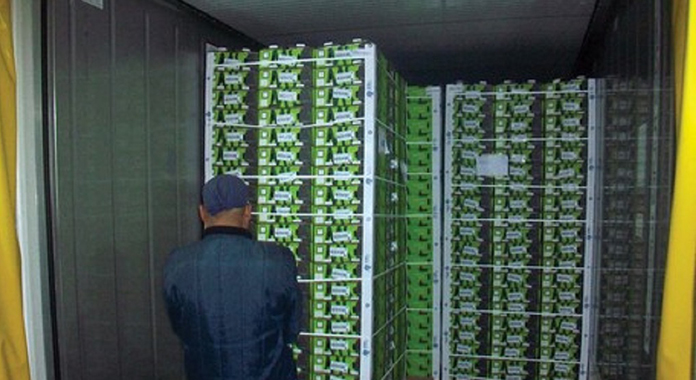 After the harvest, a very delicate stage begins in which it is a matter of maintaining and ensuring the quality of the products from the harvest to the final consumer, in such a way that the consumption of the fruit is a good experience and, in addition, that the product maintains its safety and nutritional quality for which it is valued.

In general, when the fruit is harvested from the field, it usually carries with it the presence, to a greater or lesser extent, of active or latent pathogenic organisms, ready to act when favorable conditions arise. Wounds and marks corresponding to physiopathies or physiological alterations may also appear, which may prosper in the post-harvest, turning the fruit into a product that is not very or not at all attractive to consumers and thus devaluing the product and its commercialization.

The post-harvest stage is a key point to reach the market and final consumer with a quality product. Quality of the fruit that is defined by several factors, such as size, color, firmness, absence of damage, turgidity and a good sweetness/acidity balance, as well as aroma, among other qualities.

It must be considered that post-harvest behavior may be different between varieties, since they may present a different metabolism in relation to respiration and ethylene production, susceptibility to decay, firmness at harvest and post-harvest, sugar/acid ratio, etc. However, there is a common point, and that is that they are all characterized by being very perishable after being harvested.

The blueberry, unlike other climacteric fruits, such as the apple, must be harvested ripe or close to maturity for consumption, since the organoleptic attributes, such as good flavor, do not improve after being harvested. To this add that the Chilean blueberry must travel long distances to reach the most important markets in the world, and arrive in good condition, with the qualities of a fresh fruit.

Being a small fruit, they have a higher ratio between surface area and volume, so blueberries are more susceptible to dehydration due to water loss, despite the content of wax in their cuticle, although an advantage of this morphological characteristic of the fruit is the shortest time required for its cooling.

In general, all the factors described above mean that post-harvest handling should be oriented mainly to the management of temperature and relative humidity. Based on the use of low temperature (0 °C) management, there are currently a series of technologies to extend the life of blueberries in the post-harvest stage. The most used are Modified Atmosphere (AM) and Controlled Atmosphere (CA), which are based on modifying the composition of gases (O2 and CO2) during the storage and transport stage. In both techniques, the main effect on the physiology of the fruit is the decrease in metabolic activity, as well as the control of fungi.

This issue, which is vital for the commercialization of blueberries in distant markets, will be dealt with in depth by the professor and researcher at the University of Chile, and director of the Center for Postharvest Studies, Víctor Hugo Escalona, ​​who will speak on "Advances in the use of controlled and modified atmosphere in blueberries”, on April 7 at the XVIII International Blueberry Seminar, which will be held at the Monticello Events Center.

The specialist will address these technologies from the perspective of good use and complete knowledge, with the aim of achieving an effective result of these tools, which have shown that they collaborate to reduce the development of decay and that they are a great contribution to reducing the dehydration of the fruit on its way to the destination markets.

The high standards that consumers and markets are demanding for the conditions of arrival of fresh fruit, forces the industry to train much more in the effective use of these technologies to be competitive.

Drought threatens the fertile fields of the Southern Cone of America