Peru: "Once again, reality will exceed the dream"

Peruvian blueberry exports, between July 2021 and February 2022, will be better than estimated at the beginning of the season, when a 30% increase in volume was projected compared to the previous season. 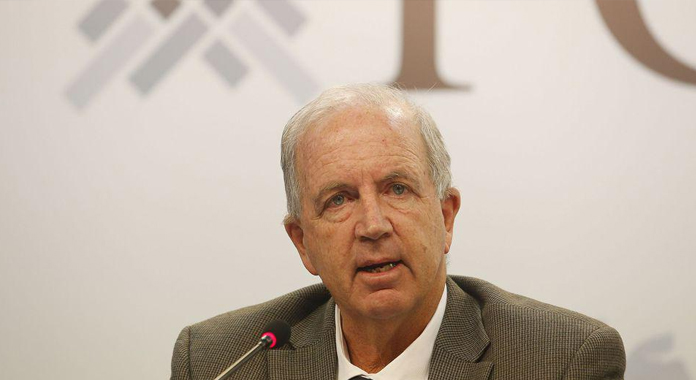 The projections for the Peruvian blueberry industry by the president of the consulting firm Inform @ cción, Fernando Cillóniz Benavides, could not be more optimistic, even estimating that the blueberry would become the main Peruvian agro-export product this season.

According to the Agraria News Agency, Cillóniz Benavides has reported that Peruvian exports of blueberries between July 2021 and February 2022 will be better than estimated at the beginning of the campaign, when a 30% increase in volume was projected compared to the previous season, corresponding to 2020/2021, in which shipments were sent that reached 162.459 tons, warning in its projection that, according to this trend and dynamism, the blueberry will surely become the main export fruit of Peru , displacing the grape from the privileged place it has enjoyed for years.

The senior executive of the consulting firm indicated in detail that, from July to October 17 of the current campaign, Peruvian blueberry exports reached more than 123.630 tons, which means an increase of 18% compared to almost 108.000 tons. sent in the same period (July to October) of the last season. He detailed, according to Agraria.pe, that in 2021 Peruvian blueberry shipments behaved as follows:

While in 2020 the behavior was as follows:

The president of Inform @ cción highlighted the “impressive force” with which the Peruvian blueberry campaign started. "At the end of October this year, Peruvian blueberry exports would have increased 42% in volume," he said, adding: "At the beginning of the campaign, with great optimism, a 30% increase in the export volume of the blueberry, but once again, reality is going to surpass the dream ”, he concluded.

Betina Ernst, from Top Info: "The blueberry as a fruit, has almost everything to gain"

G-Berries and Dole: Agreement reached to develop the Mexican market