Peru: The four organic products with the greatest agro-export potential for this year

Organic production is a thriving business, as the demand for its fruits grows without rest. Although it has higher prices than conventional foods, there is an increasing public willing to pay for its health and environmental benefits. In Peru, four organic products have the greatest potential for agro-export this year: ginger, cocoa, organic coffee and blueberries. 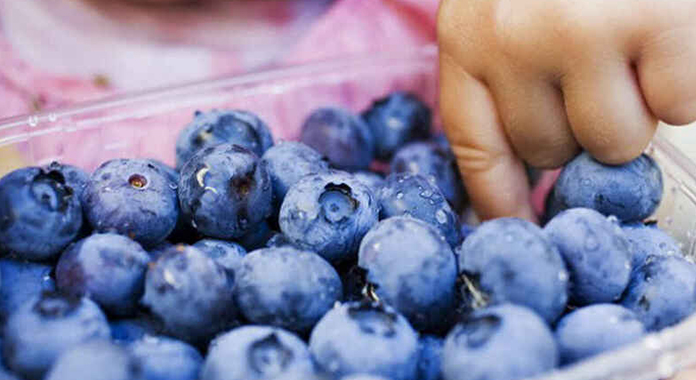 Organic products are those obtained without the use of pesticides and under certification. During 2020, shipments of these foods amounted to US $ 485 million, equivalent to 7% of non-traditional exports that year, according to Mario Ocharan, director of Promperú's Export Promotion.

The experts consulted by gestion.pe agree that ginger (kion) is the organic food that exhibits the greatest potential for this year, since already in 2020 Peru gained weight as a supplier of this product worldwide, due to the difficulties faced by its great Chinese competitor.

Last year, Peruvian shipments of organic ginger increased 132.6% in weight, compared to 2019, and 169.65% in value, due to the better prices obtained for this highly valued food. Organic production represents 70% of total kion exports in 2020, according to Promperú.

The manager of Agroexports of the Association of Exporters (ADEX), Susana Yturry, pointed out that last year Peruvian ginger experienced a boom. Before the pandemic, China supplied the main markets, but after this many importing companies from the United States and Europe (especially Germany) sought to change suppliers, which gave Peruvian exporters the opportunity to show the attributes of your offer.

For this reason, he pointed out, this year will be important for those who have already established themselves as ginger exporters and for those who seek to enter this market.

“As we have already achieved that visibility, this year's campaign is fully committed to large markets. For this reason, many companies have chosen to enter this sector and the production of ginger has grown in several regions ”, said Yturry.

For his part, Oscar Quiñones, head of the Institute for Foreign Trade Research and Development of the Lima Chamber of Commerce (Idexcam), considered that this year ginger exports will grow at double digits. Compared to its main competitors, he indicated, the plant offered by Peru is more aromatic and has a more powerful flavor.

Cocoa is another product that is growing at a high rate and that shows more potential for this year, says Ocharan, from Promperú. The country has three or four varieties of cocoa, which distinguish it from its competitors, he said.

With this, Quiñones agreed, who pointed out that last year shipments of cocoa without pesticides grew 15.57% in value, due to its high demand. To take advantage of the opportunities offered by this product, he considered it necessary to treat the soils in order to reduce the presence of cadmium in them and to train producers.

Likewise, Mario Ocharan highlights the increase in organic coffee exports, which already represent 8% of total coffee shipments and totaled more than US $ 59 million. This amount represented a growth of 67.56% compared to last year's exports. In particular, demand is increasing from the northern United States, the European Union and China.

"We estimate that it will grow at 10 or 15% per year and will offer good prices," he estimated, in addition to explaining that Peruvian production is being favored by the problems faced by the competition.

Blueberries are the favorites

Thus, 26% of all organic fruit exported last year were blueberries. Especially in the United States and Europe, demand has increased due to the tendency to consume products that strengthen the immune system, indicated Susana Yturry. “In the country, organic blueberries were oriented to local sale, but now the supply for the outside has increased and it has become a much more valued product. I believe that the exportable supply will grow ”, he added.