A reflection in the middle of the Chilean crisis

Our sector is becoming more and more important in the public policies of the states and governments of the world because of the challenges of the increase in the world population and the possible food crisis that this entails. In addition to the sustainability requirement of production chains and also for climate change and public health problems. 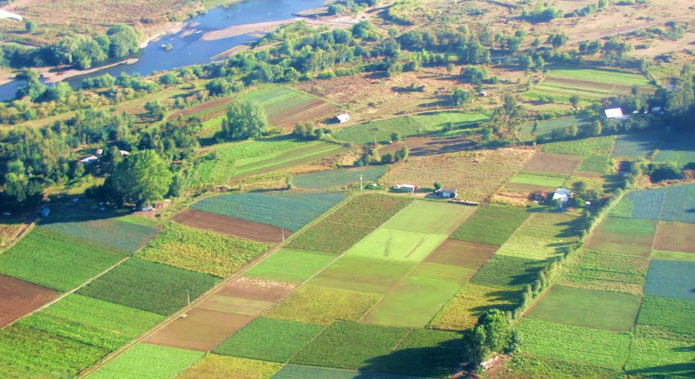 It is very difficult to have an accurate diagnosis when we are in the midst of a deep crisis like the one we are experiencing in Chile, in which citizens question each and every one of the actors who have led the successful Chilean development model in recent decades and social pressure has made the State open to the possibility of building a new Constitution, which sets new rules for the operation of future society.

In the case of the fruit industry, it is the least affected by this crisis and the least challenged by the public or social verdict. Mining, aquaculture or forestry are by far the most questioned by public opinion, along with the energy industry or traditional agriculture itself, for its economic, social and sustainability practices.

This does not mean that we should not reflect and amend what we should amend, because although there is a tendency to think that Chile is a world-wide agricultural power, the truth is that several of the practices that make up the production chain are rejected by legislation More modern. Not long ago, international public opinion called for a boycott of the Chilean avocado because of the unsustainable way in which it is produced in some sectors. Even some elegant white tablecloth restaurants in the world took her out of her letters, in solidarity with this boycott.

We must ask ourselves about what we need in the Chilean fruit industry so that stricter standards are applied in the production of our fruits, because our sector is becoming more relevant in the public policies of the states and governments of the world , due to the challenges of increasing world population and the possible food crisis that this entails. In addition to the sustainability requirement of production chains and also for climate change and public health problems.

In the case of traditional agriculture, the situation is more delicate, because the world society sees with concern how fertile soils cease to be the product of deforestation, resulting in an increase in temperatures, which affects food production Fresh, healthy and affordable. Likewise, agriculture is socially challenged by extreme industrialization and lack of empathy, which has led to the indiscriminate waste of food in good condition, added that livestock and other aspects of rural life are seriously challenged by their impact on global warming.

In this regard, the FAO affirms that "an agriculture that fails to protect and improve rural livelihoods, equity and social well-being is unsustainable".

In this context, the implementation of policies and plans that improve current unsustainability is essential. It must be understood that humanity is facing a global problem, which must be addressed jointly and collectively, and not individually by each country or region, or area of ​​production. We must point to more efficient measures to mitigate environmental degradation, the scarcity of basic resources, natural disasters and the indiscriminate exploitation of our natural resources, among several other socio-environmental and ethical conflicts that are present in the citizen conversation.

If we add to this the conflicts over people's basic assets, or the forced displacement of entire communities, that have lost their aquifer sources and their food sources due to the impact of industrial production on their lands, the outlook is not encouraging and forces us to reflect on the real possibility of a paradigm shift.

The United Nations Sustainable Development Goals (SDGs) set out “zero hunger” in 2030, but in a context of sustainable agriculture, which implies that agricultural productivity and income of small-scale food producers must be doubled , in particular women, indigenous peoples, family farmers, pastoralists and fishermen, among other things, through safe and equitable access to land, other production resources and inputs, knowledge, financial services, markets and opportunities for the generation of added value and non-agricultural jobs.

The SDGs seek to ensure the sustainability of food production systems and apply resilient agricultural practices that increase productivity and production, contribute to the maintenance of ecosystems, strengthen the capacity to adapt to climate change, extreme weather events, droughts, floods and other disasters, and progressively improve the quality of soil and land.

These goals, beyond being a declaration of good intentions, try to influence national laws and change common practices that, in full 2019, remain completely unsustainable and degrade soils.

Chile is a country that has more than 30 Free Trade Agreements with several dozen countries corresponding to all the continents of the world, so that its agriculture is highly industrialized and focused on export activity that, therefore, does not It generates the necessary spaces to promote a smaller-scale or more local production. Citizens believe that the model of agricultural production that exists in Chile is a reflection of the form of extractive production that exists throughout the territory, which has collapsed, for example, the use of water resources. For example, in the case of avocados, it has gone from 2000 productive hectares in the 1990 decade, to more than 16.000 hectares today.

For this reason, it is urgent to advance in the regulation of water use, as in the legislation on the use of pesticides, one of the silent killers in the Chilean countryside. In the case of water, it is even possible that the new Magna Carta that is intended to be constructed in the future changes the paradigm and everything related to the use of this resource and especially to its property must be re-articulated.

In summary, we must confront society's challenge to the development model with proactivity and initiative, not expect them to knock on our door and curb the challenge from now on, strengthening institutionality and environmental governance, protecting the rights of those who work. in our production processes, and advance towards better regulation of the water resources in our agricultural industry, in addition to greater control over the use of pesticides so that, as the SDG motto points out, «no one is left behind».

Jorge Retamales: The World Blueberry Tour will allow you to check the high ...