Manuel José Alcaíno in the International Blueberry Month: "The business in Chile changed and changed permanently ..."

The Decofrut president addressed multiple topics in his complete and solid presentation, which was extended in an outstanding participation in the usual round of questions. 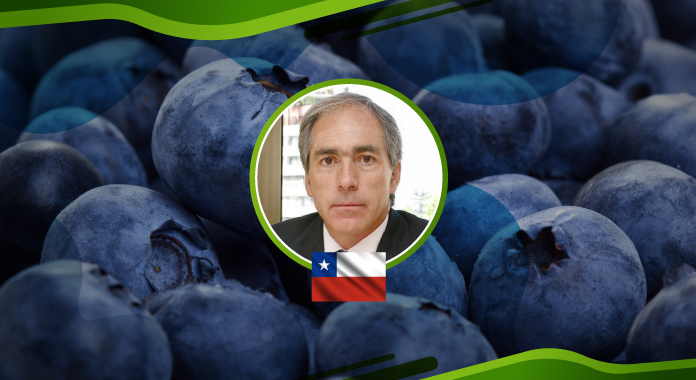 Manuel José Alcaíno, president of Decofrut, and an experienced international consultant, highlighted with his presentation: "Situation of blueberry production in Chile: Analysis of markets and competing countries", delivered this Tuesday within the framework of the activities scheduled for the International Month del Cranberry, organized by Blueberries Consulting and Agricultural Seminars.

The expert made a complete analysis of the Chilean industry, exposing the main elements that explain its less prominent situation. He focused on all the details, from the areas planted region by region, the different varieties and their positive and negative characteristics, the various harvest and postharvest handling, the new transportation alternatives, and the strategic aspects emanating from the Blueberry Committee to drive the industry to a higher phase, recovering the competitiveness of a consolidated industry recognized for its stability.

"It is clear that Peru has taken a dominant position in exports from the southern hemisphere and Chile, which has had a very strong position in the last 20 years, has lost that position," he says.

“It is striking that the comfortable position that Chile had, placing itself between the windows of the end of production in British Columbia, in North America, Canada, and the beginning of the new season in Florida and its surroundings, which left a wonderful window that Chile discovered and used it for long years, now it is shutting down. The space was ceded in the early part to Peru and in the late part to Mexico, in the case of North America, and to Morocco and Spain in the case of Europe, so the business in Chile changed and changed definitively, passing from windows of almost exclusive use to having to compete throughout the season in all markets ”, he assures.

Alcaíno in his presentation supported with figures and valuable data the behavior of the industry and the markets in recent years, not only in production volumes of fresh or frozen fruit, or conventional or organic production, but stopped with abundant data in the commercial aspects of the crop, in the advantages of a greater concentration of production and also in the case of exporting companies. He emphasized the expectation of economic returns for the producers and the projections of this aspect in the future.

In an industry in which 64% of its 18.000 hectares planted with blueberries is concentrated in the center of the country, in the regions of Maule, Ñuble and Bio-Bío, Alcaíno believes that the growth of the Chilean industry in the future should be extended towards the south, looking for late production, because the early harvest will be highly saturated by the abundant Peruvian production, among other reasons.

Alcaíno analyzed the main markets in detail, presenting and analyzing various variables related to the different countries, their products and values. Focusing on the United States, Europe and China, although also releasing figures for other smaller destinations. He also stopped at the reality and projections of some industries, in addition to the Chilean, mainly those of Peru, Mexico and South Africa, among others.

His conclusive vision is that China, although it is a budding market, represents great potential due to its culture of the visual, appreciating the organoleptic qualities of the fruit, in addition to being consumers who prioritize the sweetness in the fruit, which in both aspects claims that it gives Chilean fruit an advantage.

There is room to grow

His call is that changes are possible and necessary because, although prices have fallen and consumer demands have risen - which will cause many small producers to abandon the crop - the demand is constantly growing in the markets, so that there is plenty of room to continue the growth of the blueberry industry.

There were multiple topics that the president of Decofrut addressed in his complete and solid presentation. His outstanding participation was extended in the usual round of questions, to the delight of the more than 900 online participants who from different countries have attended the different sessions weekly.

Closing of a successful international conference

The activities of the International Blueberry Month end this Thursday with professional technical talks in which the researchers Bruno Defilippi and Jorge Retamales, among others, will take part, who will address the issues of firmness, condition and quality of the fruit, logistics in harvest and packaging, and the different aspects related to the post-harvest stage.

Professional Avocado Conference: "Strategies and methods must be established from pre-harvest onwards ..."

The Blueberry Coalition for Progress and Health Announces Generation ...

On February 11, the USITC will vote on whether to import blueberries into the US ... 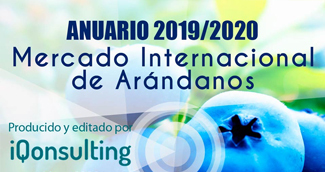